SN Aboitiz Power – Benguet (SNAP-Benguet), a subsidiary of Aboitiz Power, has secured certificate of compliance from the Energy Regulatory Commission (ERC) to operate all the four units of the upgraded 125.8MW Binga hydroelectric plant in Itogon, Benguet, Philippines. The consent is valid for five years.

Originally, the plant commenced commercial operations in 1960. Prior to rehabilitation, the plant has four Francis turbines of 25MW each with an annual production of about 350GWh.

The company upgraded capacity of each of the turbines at the plant, which 50 years of economic life, to over 30MW totaling to 125.8MW and now the plant’s annual production is estimated to be about 419GWh.

The scope of the upgradation works included construction of a new intake at higher elevation, new headrace, replacement and modernization of plant control system and replacement of electro-mechanical components.

As Binga is an operating plant, the company upgraded one unit at a time. The Binga plant, which forms part of the Ambuklao-Binga Hydroelectric Power Complex, was built four years after the Ambuklao plant for power generation and flood control. 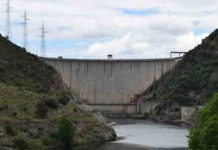 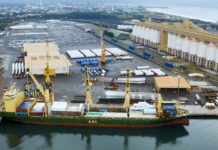