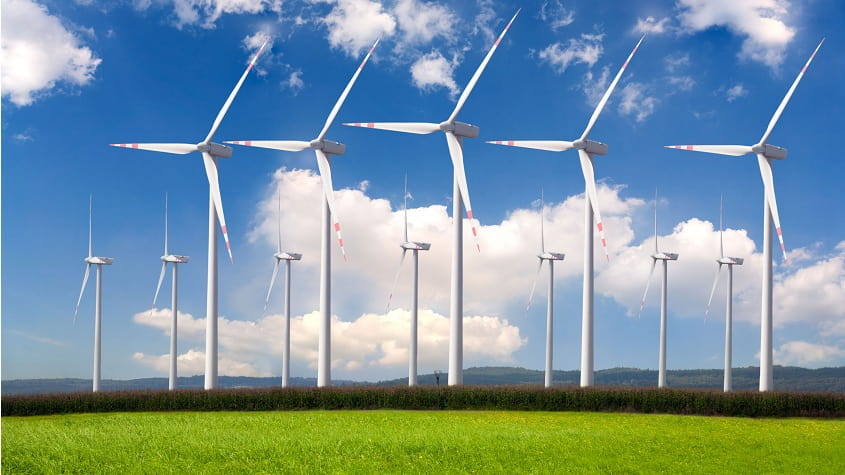 Ranked seventh in the world for installed wind capacity, Canada already has a strong base of operational projects and is clearly no stranger to the sector. Yet withoutstanding wind resources across the country, themarket still holds much opportunityand definite room for growth as Canada looks to transition to a low carbon economy.

Making this shift requires decreased dependence on fossil fuels, especially in the energy and transportation sectors, which provides an opening to significantly expand wind power output over the next 15 years.

However, bringing online a large volume of wind energy in a short span of time may bring new challenges to maintaining the integrity and reliability of the electricalgrid. Adapting Canada’s energy system to handle a much larger percentage of variable resources, while certainly feasible, is, unfortunately, not something that happens overnight. It requires anticipating pressures the transition may place on the energy system ahead of time and evaluating options, such as advanced wind forecasting and more flexible dispatching of other generation resources, to mitigate any challenges to stability.

To accomplish this and lay the foundation for growth, the Canadian Wind Energy Association (CanWEA) and Natural Resources Canada (NRCan)invested in the recently completed Pan-Canadian Wind Integration Study (PCWIS). This groundbreaking research is the first of its kind to cover Canadain its entirety and also investigated a number of new cross-border opportunities, given Canada’s access to many portions of the northern U.S. electrical grid.

The studyis an excellent example of successful public-private collaboration because it brought together the best minds and the collective resources of both government and industry organizations. For example, itcombined CanWEA’s knowledge of Canadian energy marketsand Environment Canada’s forecasting infrastructure with the power systems expertise of GE Energy Consultingand the weather and power modeling capabilities of Vaisala. Through this work, Canada has made substantial strides towardsimprovingits understanding of the role wind energy can play in its future energy mix.

How Much Wind Can Canada’s Grid Handle?
When government and energy industry stakeholders contemplatea shift from a present state of approximately 4% wind generation on a the Canadian energy system to a future with a thirdor more, it is not surprising that they may feel some apprehension and voice concerns. How much can the system really handle before it breaks? What is the tipping point?Will the benefits of carbon free wind energy outweigh the risks to reliability? How much back-up reserve generation will be needed in case wind output suddenly dips or fails to materialize?What about the costs and carbon impacts of reserves from traditional energy sources?

The PCWIS project analyzed several future possibilities, including scenarios where wind made up 20% and 35% of the system total. GE Energy Consulting conducted the research to investigate and quantify the operational impact of integrating these quantities of wind energy into the grid. However, before this work could be undertaken, GE required support from Vaisala in the form of massive amounts of wind energy data across Canada and northern parts of the U.S.

Finally, GE Consulting combined the wind generation estimates from Vaisala with transmission, generation, and load information about Canada’s electricity systems to model present and future scenarios. The conclusions of the final report are very encouraging, determiningthat even under the 20% and 35% wind energy scenarios Canada can integrate this energy both reliably and cost-effectively. This is in large part because the study found that the levels of required regulation reserves are actually much lower than previously estimated. While the level of reserves does increase with additional wind, it is on average less than 2% of the newly added capacity.

Benefits to the Canadian Wind Industry
At COP21 in late 2015, Canada committed to reducing its carbon emissions 30% below 2005 levels by 2030 and also supported the more aggressive global warming limit of 1.5 degreesCentrigrade. Bearing this in mind, the PCWIS provides some timely good news for Canadian leaders mapping out the pathway toward compliance with commitments made in last year’sParis Agreement. The relatively modest transmission and regulation reserves needed to ensure a stable grid while incorporating new wind capacity mean that wind energy can play an enhanced role in reducing the carbon footprint of Canada’s electricity industry.

In addition, the study demonstrates the potential for wind energy exportsfrom Canada to the U.S. Developing a Canadian renewable electricity export strategy is one of the recommendations to the federal government of the joint CanWEA and Canadian Solar Industries Association (CanSIA) climate action team.The PCWIS report shows that Canada will have the ability to do this while also strengthening its own infrastructure.

Looking to the Future Canada’s favorable political environment and the positive conclusions of this new integration research remove two important barriers to expanding wind energy within the country. Considering the nation’s extensive wind resources and the amount of new clean energy capacity needed for the country meet its commitments and achieve its vision for a transformed energy economy, wind is bound to play a key role in Canada’s clean energy future.

Dr. Jim McCaa has over a decade of experience in the renewable energy space. He is a regular author and speaker at industry and educational conferences, having played a key role in several major integration research efforts around the globe and having personally conductedover 100 wind and solar resource assessments. Dr. McCaa holds a Ph.D. in Atmospheric Sciences from the University of Washington and a B.A. in Mathematics and Physics from Kalamazoo College. 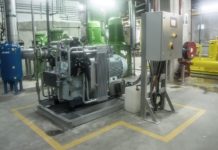