Stone Energy, which operates the well with 65% working interest, encountered more than 275ft of net oil pay in three separate sections of the well.

The success of MC 29 #5 well extends the productive zone of the MC Block 29 TB-9 well to the adjacent fault block to the south and sets up a potential second and third well in the fault block.

The company plans to flow the Cardona South well along with the Cardona discovery to the Stone Energy-owned and operated Pompano platform, with first production scheduled for early 2015.

Stone Energy chairman, president and CEO David H. Welch said: “The success of the Cardona South well and the previously announced Cardona well allows us to move forward with our accelerated development programme.

“We expect to begin production early in 2015, less than one year after spudding the first Cardona well, and we expect volumes from these two wells to more than double our deep water oil production.

“These two successful wells, combined with the Amethyst and Tomcat discoveries in February, have provided a great start to our 2014 exploration and development drilling programme.”

Stone Energy reported that production casing has been set and cemented in the Cardona South well, and the subsea tree equipment will be put in place.

The rig will then move back to the original Cardona well (MC 29 #4 well) to start completion operations, before returning to complete the Cardona South well.

The original Cardona well was previously estimated to have around 84ft of net oil pay, but the company’s further evaluation said that the estimated net oil pay for this well is now around 96ft. 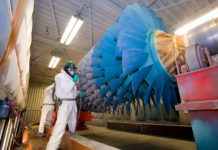 Focus on specialist coatings: Knowledge is key to sourcing the most effective replacement coatings 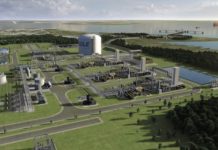