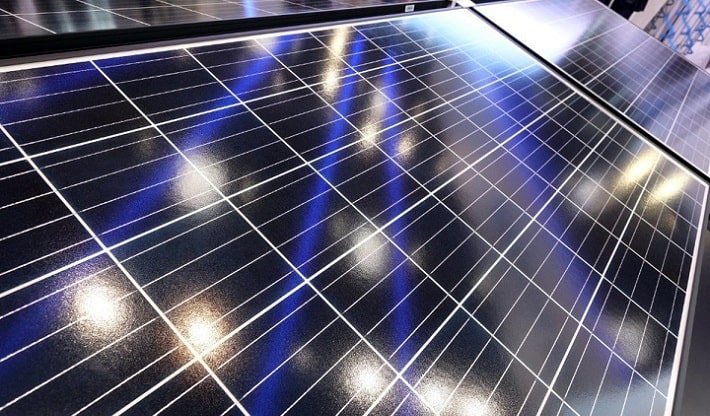 The German Solar Association (BSW-Solar) and the Becquerel Institute presented an analysis of the solar markets in ten African countries at the world’s leading exhibition for the solar industry, Intersolar Europe. The Solarize Africa study was supported by Intersolar Europe.

“The solar potential in Africa is large, as is Africa’s energy demand, and we are optimistic about many of the markets we analyzed,” says David Wedepohl, Managing Director of BSW-Solar. However, only relatively few photovoltaic systems have been installed so far. At the moment, the capacity of all solar power systems on the entire African continent is at around 5 gigawatts – just over one percent of the total global installed solar power capacity. “We estimate we would need about 2,000 TWh Solar PV to fully decarbonize the energy consumption on the continent by 2040,” says Wedepohl. With slightly more than 1 GW installed in 2018, the African PV market could grow by to up 30 GW by the end of the next decade. 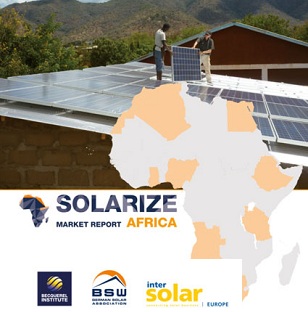 In order to cover the growing energy demand as sustainably and inexpensively as possible, massive photovoltaic expansion is necessary. How attractive potential solar markets are for investments does not depend primarily on solar radiation; local conditions, market access for foreign investors and political stability are more decisive factors.

The study also identifies outdated and inadequate grid infrastructures in many of the regions investigated as a major obstacle to greater photovoltaic expansion. “In only partially electrified countries, off-grid solar and storage power solutions can sometimes enable a lower-cost electrification than the expansion of electricity grids,” says Gaëtan Masson, Managing Director of the Becquerel Institute.

Government subsidy programs and international organizations support the expansion of photovoltaics in many places – but they cannot achieve nationwide electrification. “Smart business models are needed in order for photovoltaics to become mainstream in Africa. Even those who cannot pay for their photovoltaic system upfront must be able to benefit from solar power generation”, says Wedepohl. Models in which participation in a system of clean solar power supply can be easily paid for in small amounts via an app can also pave the way for photovoltaics in rural regions.

The markets analyzed in the study include Algeria, Angola, Egypt, Ethiopia, Ghana, Morocco, Namibia, Nigeria, South Africa and Tanzania. The study can be downloaded here free of charge: https://bsw.li/2LAs3ab

Intersolar Europe
Intersolar Europe is the world’s leading exhibition for the solar industry, taking place annually at Messe Mu?nchen in Munich, Germany. Under the motto “Connecting solar business”, it brings together people and companies from around the world with the aim of increasing the share of solar power in our energy supply. Intersolar Europe focuses on photovoltaics, solar thermal technologies, solar power plants, grid infrastructure, and solutions for integrating renewable energies. Since its founding, it has become the most important meeting point for manufacturers, suppliers, distributors, and service providers in the solar industry. The accompanying conference consolidates selected exhibition topics and showcases international markets, large-scale power plants, financing, and pioneering technologies.

German Solar Association
With about 800 member companies, Bundesverband Solarwirtschaft e.V. (German Solar Association) is the interest group of the German solar energy industry. Forming a strong community of companies, BSW-Solar acts as an informant and intermediary between business and the political and public sectors. It represents the common commercial interests of businesses within the solar energy value chain.