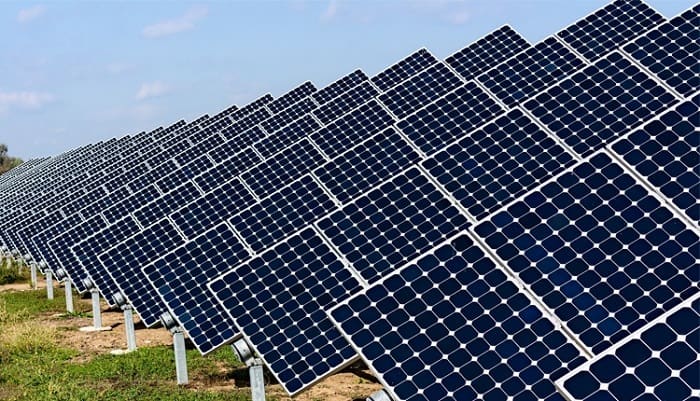 “Thanks to this contract Voltalia reaches1.9gigawatts of projects developed successfullyin ourSerra Branca cluster.This newsuccesshighlights the quality of our wind-and-solar cluster which attracts local utilitiesas well as international companies who want to source clean energy. With 0.5gigawatt of further potential in Serra Branca and the development of our new 1-gigawattCanudos cluster, together with other smaller sites,we are aleadingrenewable power producer in Brazil. I am very proud of the Voltalia teamsand thank them for theirengagement, especiallyin thepresent context”comments Sébastien Clerc, Chief Executive Officer of Voltalia.

Voltalia willbuild a 260-megawatt solar plant(SSM3 to6)and provide Copelwith electricity through a 14-year contract, starting 2023. The SSM3 to 6projects are expected tobe commissioned in the first halfof 2022ahead of the start of the long-term powersales agreements,with anticipated production sold under a short-term contract already securedwith Copel.

Someof theconstructionworksshould take place at the same time as the SSM1&2 solar farm. By pooling resourcesforSSM 1 to 6Voltalia will achievesignificant economies of scaleat all stages, with ultimately the same O&Mteam servicing both solar plants.

A solid partner, well-known to VoltaliaCopel is one of Brazil’sleading utilities, serving4.7 million customer units in 395 municipalities and 1,113 localities (districts, villas and villages).Along-term partner of Voltalia’s, witha minority stake in Voltalia’s SMG wind farm (108megawatts)since 2015, Copel was more recentlyone of the buyers behind the 238 megawattscontractsigned for the SSM1&2 solar farms1. Copelis listed in São Paulo, New York and Madridand its main shareholder is theState of Paraná.

Solar, a competitive source of energySolar now represents 0.5 gigawatt in Voltalia’s2.4gigawattsSerra Branca site, the world’s biggest wind-and-solar cluster. The two sources of power are complementary since wind is blowing mainly during the night at Serra Branca.This new contract demonstrates the attractiveness and competitiveness of solar which cost has gone downconsiderably:-82% between 2010 and 2019(source IRENA).

About Voltalia
Voltalia is an international player in the renewable energy sector. The Group produces and sells electricity generated from wind, solar, hydraulic, biomass and storage facilities that it owns and operates.Voltalia has generating capacity in operation and under construction of more than 1.3GW and a portfolio of projects under development representing total capacity of 7.8GW. Voltalia is also a service provider and supports itsinvestor clients in renewable energy projects during all phases, from design to operation and maintenance. As a pioneer in the corporate market, Voltalia provides a global offer to private companies, ranging from the supply of greenelectricity and energy efficiency services to the local production of their own electricity.The Group has 791 employees and is present in 20 countries on 4 continents and is able to act worldwide on behalf of its clients.Voltalia is listed on the regulated market of Euronext Paris, compartment B (FR0011995588 –VLTSA) and is part of the Enternext Tech 40 and CAC Mid & Small indices. The Group is also included in the Gaïa-Index, an index for socially responsible midcaps.