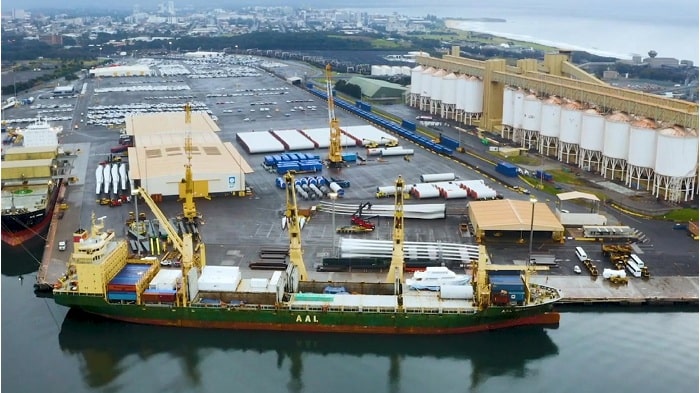 The first large tunnel-boring machines for Snowy 2.0, the largest renewable energy project in Australia, have arrived at Port Kembla. The TBM is one of three that Snowy Hydro Limited has ordered to build the project. Snowy 2.0 is a pumped-hydro expansion of the existing Snowy Scheme’s network of nine hydro power stations. It will underpin the country’s transition to a low-carbon emissions future. Arriving aboard the AAL Shanghai, the components of the TBM, some as heavy as 174 tonnes, are being lifted from the vessel and onto a special trailer that will transport them to storage, ready for transport to the project site. The operation is a complex one, given the size of the components.

Built by CREG in China, the TBM is 135 metres long and 11 metres in diameter. Its special feature is its ability to excavate a tunnel with a descendent of 9% for 2,660 metres to access the underground cavern where the project’s power plant will be built.

The project is being built on behalf of Snowy Hydro by Webuild in the Future Generation joint-venture with its US subsidiary Lane and local partner Clough. Exploratory construction work has been underway for more than 12 months with about 500 people already busy on the project.

The Main Access Tunnel is expected to start excavating by year-end. Once the TBM has completed the tunnel, it will continue excavating the tailrace tunnel of 5,800 metres.

The Snowy Scheme generates about a third of the renewable energy in Australia’s National Electricity Market. Snowy 2.0 will add another 2,000 MW of on-demand energy generation and 175 hours of large-scale storage to the NEM.