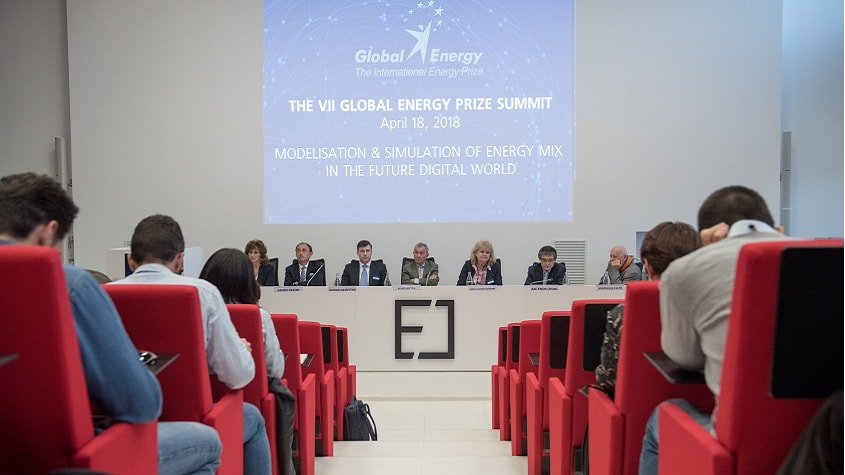 According to experts of the VII Global Energy Prize Summitunprecedented policy actions will determine future energy mix. Fostering the climate of trust and encouraging international dialogue will serve as key instruments in the formation of balance in the digital world.

This conclusion was made by well-known world scientists, politicians and industry experts from Great Britain, Hungary, Germany, Italy, Korea, the UAE, Russia, the United States and France.

The global energy system, which is changing under the influence of demographic processes, the climate agenda and technological achievements, is on the way to great transformation. Limiting the temperature increase to 2 degrees Celsius, as stipulated in the Paris Climate Agreement, requires substantial reductions of GHGs emission: 40-70% globally by 2025 and practically to zero by 2100. According to the forecast of the International Energy Agency, the energy sector could reach carbon neutrality by 2060, but this pathway will require unprecedented policy measures to support innovation.

“Global trends in renewable energy investment show that in 2017, world added far more solar than fossil fuel power”, – said the member of the Global Energy Prize International Award Committee, Adviser to the Chair of UN Secretary-General`s High-level Expert and Leaders Panel (HELP) on water and disasters Rae Kwon Chung (Korea). – “Altogether, 160.8 billion dollars were invested in the development of solar energy (which is up 18% from 2016) and represents 57% of the total investment in all renewables.” 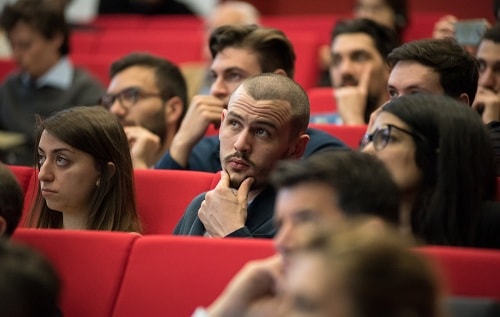 For comparison, the amount of new investment in coal and gas power generation is estimated at USD 103 billion. Not surprisingly, a record 157 gigawatts of renewable power commissioned last year far-outstripping the net 70 gigawatts of fossil-fuel generating capacity added. However, in spite of the fact that more new solar stations are being commissioned worldwide than coal, gas and nuclear combined, the electricity received from renewable energy sources in 2017 was only at 12.1% of the total global electricity generation.

The leading role of traditional generation in the overall fuel and energy balance will remain in the upcoming decades, the summit participants are sure. To this end, CO2 capture technologies, allowing producing energy from fossil fuels in an ecological way, are gaining importance. In particular, the Global Energy Prize laureate-2012, Rodney John Allam (Great Britain) – developer of the Allam cycle – told about a 50 megawatt gas power plant that is currently being built in Texas and will work on the basis of his innovation. “While existing methods of CO2 capture add 50-100% to the cost of power generated from carbon-based fuel, the Allam cycle allows generating low-cost power with zero emissions. Production of electricity goes at the same low cost as through other modern gas-fired turbines – about 6 cents per kilowatt-hour. In comparison to coal fired systems the cost of such power is 20% less”, – the scientist emphasized.

In turn, member of the Global Energy Prize International Award Committee, President of the Scientific Council on Global Initiatives Thomas Blees (USA) stated that the development of economically sound technologies for carbon sequestration is just one solution to the problem of the growing amount of carbon dioxide in the atmosphere. An equally important task, the expert is convinced, is to solve the problem of methane leakage during extraction and transportation of fossil fuels. “As far as I know, at the moment, up to 40% of gas is lost on the way to the consumer, while the greenhouse effect created by methane is 25 times greater than the greenhouse effect of CO2 emissions,”- said Thomas Blees. He also noted that avoiding the use of fossil fuels is a matter not only of money, but also of time.

Technological progress is slow, and political support is needed to manage investments in R&D. Arguing about the backup power for renewable energy, the expert determined nuclear energy and stressed that its development is hampered by excessive regulation. In his view, the construction of new reactors with advanced technologies requires a lot of investment: the price of certification of such a project reaches up to billion dollars. Nevertheless, he is convinced that in the next 10 years the new advanced reactors will go into mass production.

Expanding the idea of energy conservation, the expert of the Global Energy Prize, the chairman of the board of directors of the Russian Technological Fund Dominique Fache (France) noted the importance of fostering the climate of trust and encouraging international dialogue. “The problem of energy conservation requires a stable political situation and actions at the international level. If this issue is resolved, issues of instability and the transfer of renewable energy sources will be addressed as well. These tasks should become a priority for the European community, today Europe does not have a single policy in this direction,”-concluded Dominique Fache.

Speaking about the impact of digital technologies on the energy sector, member of the Global Energy Prize International Award Committee, Senior Vice President for Research and Development at Khalifa University of Science and Technology Steven Griffiths (UAE), underlined that they open new opportunities for involving distributed generation into energy exchange. They also affect energy storage systems, devices and complexes with controlled consumption for the organization of a variety of energy services. Sharing his ideas, the expert of the Global Energy Prize, the President of the International Flame Research Foundation, SauroPasini (Italy), stressed that the structural and technological peculiarities of the construction of energy systems, called “Internet energy”, entail the emergence of new subjects (requisitioners and aggregators) and require the need to regulate relations between them, as well as the standardization of interfaces for interaction with a unified energy system.

Experts agreed that although digitalization entails the development of smart cities, helps regulate energy supply and balances energy consumption, it also brings new threats. In particular, the oil and gas sector will have to develop its own business models, and the states as a whole have to learn to negotiate so as not to run into energy terrorism.
“We need visionaries – leaders of politics, business and science – who will jointly work out a balanced solution to the challenges of our time.

In this regard, the role of the Global Energy Prize is especially important because it unites the best scientists, developers of advanced technologies. Their innovations have transformational impact on the whole industry, and that is why the leading role in the energy dialogue is assigned to scientists. This summit is the best example of such cooperation,”- summed up the results of the meeting the member of the Global Energy Prize International Award Committee, Adviser to Agroinnova/University of Turin Scientific Committee Marta Bonifert (Hungary).

About the Global Energy Prize
The Global Energy Prize is an international award for outstanding scientific research and technological development in energy, which contribute to efficiency and environmentally friendly energy sources for the benefit of humanity. It was established in Russia through the Global Energy Association and with the support of leading Russian energy companies Gazprom, FGC UES and Surgutneftegas.

Since 2003, the Global Energy Prize has been awarded to 35 Laureates from 11 countries: Canada, France, Germany, Iceland, Japan, Russia, Sweden, Switzerland, Ukraine, the UK and the US. Self-nomination for the prize is not acceptable. Only experts of the nomination pool are eligible to nominate candidates for the award. In total, citizens of 90 countries have participated in the nomination process. The final choice of the laureates is made by The Global Energy Prize International Award Committee, which consists of 20 respected scientists from 13 countries. The monetary reward for 2017 Prize was RUB 39 million (around $ 700 000).