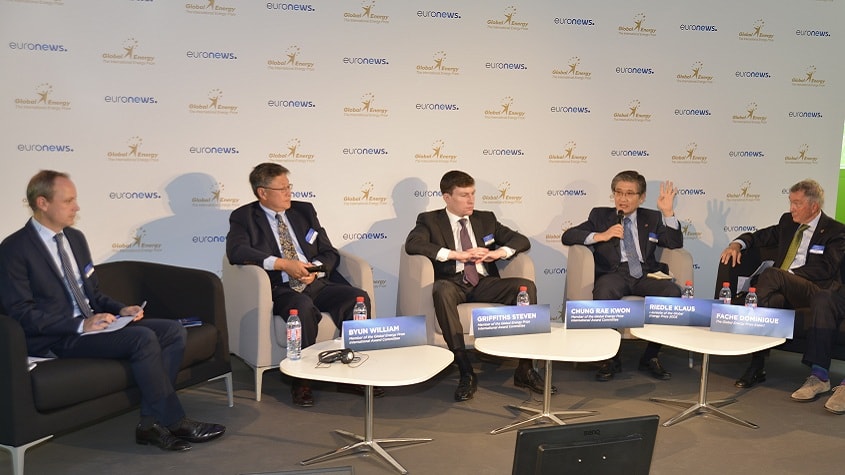 Modelisation and simulation of energy mix in the future digital world will be the centre of their attention. According to experts, hydrocarbons will continue to hold leading positions in the global fuel & energy balance in the coming decades. Nevertheless, modern environmental agenda dictates the need for transition to carbon-free sources and expansion of the resource base through new technological platforms in the nuclear power industry, increase of solar panels and wind farms efficiency, and energy storage expansion.

Along with the development of solutions for the decarbonization of energy, its intellectualization and network security issues are becoming increasingly important. The introduction of digital technologies is an undeniable mega-trend, which has a huge impact on the global energy system. How exactly digitalization affects energy consumption, energy supply and transport, if there are ways of using it for the benefit of the oil and gas sector and how cities become “smart” – these are justa few questions to be answered by the summit`s participants.

“Energy development is important for the future of the whole world, therefore the Global Energy Association has built a permanently functioning communication platform – the eponymous summit. Annually, it unites the Global Energy Prize laureates, members of its International Award Committee and renowned public figures, business and political leaders. Such a global energy dialogue, in which the leading role is assigned to scientists-developers of advanced technologies, allows us to work out joint solutions that serve the interests of all mankind”,- Alexander Ignatov, acting president of the Global Energy Association is convinced.

Silvia Rosa-Brusin,senior news editor of Leonardo, the RAI 3 scientific news program, will moderate the summit. The event will be live-streamed on the Euronewswebsite allowing citizens from 166 countries to join it online.

Recall that the Global Energy Prize Summit is held annually since 2012 to discuss the acute problems of the energy industry, working out precise mechanisms and ways of their solution and their communication to the public.

International media are invited to cover the event.

About the Global Energy Prize
The Global Energy Prize is an international award for outstanding scientific research and technological development in energy, which contribute to efficiency and environmentally friendly energy sources for the benefit of humanity. It was established in Russia through the Global Energy Association and with the support of leading Russian energy companies Gazprom, FGC UES and Surgutneftegas.

Since 2003, the Global Energy Prize has been awarded to 35 Laureates from 11 countries: Canada, France, Germany, Iceland, Japan, Russia, Sweden, Switzerland, Ukraine, the UK and the US. Self-nomination for the prize is not acceptable. Only experts of the nomination pool are eligible to nominate candidates for the award. In total, citizens of 90 countries have participated in the nomination process. The final choice of the laureates is made by The Global Energy Prize International Award Committee, which consists of 20 respected scientists from 13 countries. The monetary reward for 2017 Prize was RUB 39 million (around $ 700 000).