German engineering company Voith has been granted €58m contract to refurbish Inga I hydropower station in the Democratic Republic of Congo.

The contract was awarded by electricity supplier Société Nationale d’Électricité (SNEL) to the Voith-led consortium including Spanish Elecnor. Voith owns 53% stake in the consortium, while Elecnor owns remaining 47%.

Further, Voith will modify the degree of efficiency through an application of modern hydraulics and technologies.

Commenting on the contract, Voith Hydro president and CEO Dr. Roland Münch remarked: “With this order we are building on our long-standing presence on the African continent.” 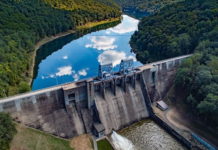