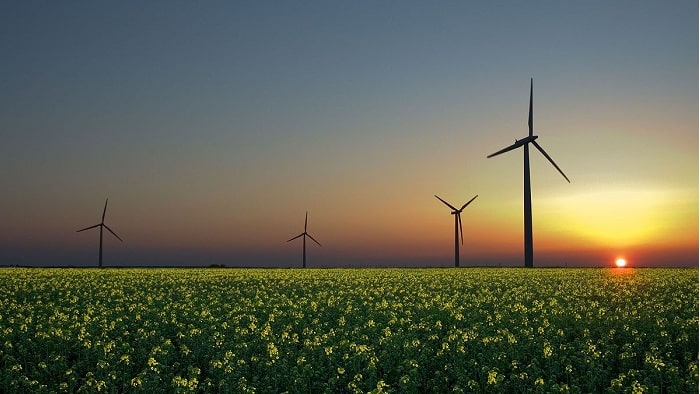 Several Australian states are going it alone on the the energy transition. The policies adopted by New South Wales, Victoria, Queensland and others represent major departures from the existing national approach, and run counter to the neoliberal principles underpinning the current system.

Most notably, the NSW Coalition government announced its electricity infrastructure roadmap. The government says by 2030, the policy will enable A$32 billion in private sector investment, and bring 12 gigawatts of new renewable energy capacity online. This is roughly equivalent to the amount of large-scale wind and solar installed in the National Electricity Market to date.

The states were forced to act on renewables after the federal government effectively vacated the policy space. The NSW law has been widely hailed as a victory for the clean energy transition, but also represents a return to the centrally planned system of decades past. In fact, it may well signal the breakup of the National Electricity Market as we know it today.

Before the 1990s, electricity supply was fundamentally understood as a state responsibility. State-owned companies were tasked with generating, distributing and supplying electricity.

But in the 1990s, things changed, for several reasons. First, the cost of electricity supply was rising at a concerning rate. Second, neoliberalism began to dominate economic reform in Australia and internationally. Governments saw their jobs less as providing services (such as electricity), and more as promoting markets and competition to make systems, such as electricity supply, more efficient.

Also in the 1990s, two key inquiries – the Productivity Commission’s report into energy generation and distribution, and the Hilmer inquiry into national competition policy – identified issues in the electricity industry. These included wasteful overinvestment, largely driven by the political imperatives of keeping the lights on at all costs, and creating jobs in specific locations and electorates.

A new, reformed system, the National Electricity Market, began operating in 1998. It included all states and territories except Western Australia and the Northern Territory. In this new system, market logic – rather than central planners and bureaucrats – would decide the the location, timing and type of new energy generation investment. Private firms would supply electricity to consumers using price signals and contract markets to guide decisions.

Key to this new system was a set of highly prescriptive rules, and a process to develop them. This culminated in the Australian Energy Market Agreement and the establishment of three national energy market institutions we have today:

The NSW government legislation is the latest, and perhaps most significant, in a string of policies to reject the old national market approach. Grattan Institute energy director Tony Wood described it as “the most extreme intervention we have seen to date, and moves even more closely to a centrally planned energy system and away from a market approach, than anything else I have seen to date”.

NSW is not alone here. In Victoria, the Andrews government is building the Southern Hemisphere’s biggest battery at Geelong, under a new law that sits outside the national framework. And government this month also announced a A$550 million budget plan to create six renewable energy hubs, and also bring another 600 megawatts of renewable energy generation online.

Such interventions are not limited to the states. The federal government is building the Snowy 2.0 pumped hydro scheme. It has threatened to build a 1,000MW gas generator, and has established a scheme to underwrite energy investments. And the Energy Security Board has the power to make rules outside the regular process, which it used most recently to tighten the standards around energy reliability.

Read more: NSW has joined China, South Korea and Japan as climate leaders. Now it’s time for the rest of Australia to follow

The breakdown can largely be sheeted home to one factor: a lack of climate policy at a national level. This has left the states with little option than to manage the energy transition, and climate action, on their own.

The NSW policy will undoubtedly affect projects already in the pipeline. Following the announcement, both AGL and Energy Australia put the brakes on battery and gas projects in the state.

And the Australian Energy Council, which represents major electricity retailers, expressed “concern about its impact on the functioning of an increasingly interconnected National Electricity Market and the complexity it will certainly add to investment decisions”.