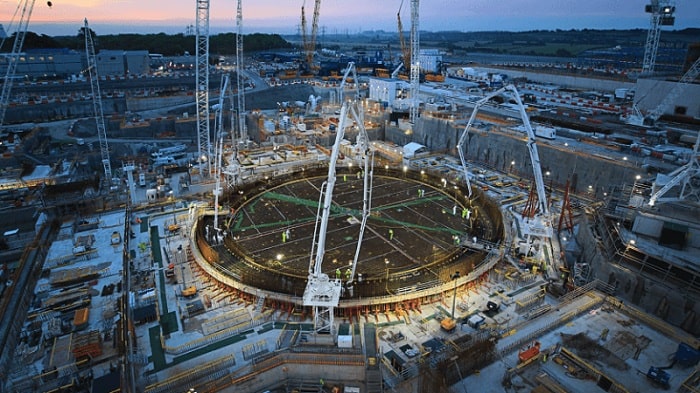 Engineering firm Bilfinger has been awarded the balance of plant contract, valued at €68m, from Electricite de France (EDF) Energy for the 3,260MW Hinkley Point C nuclear power plant in the UK.

Under the contract, Bilfinger will be responsible for the design, supplier management, fabrication and installation of 56km of the specialised piping system to support the operations of the nuclear power plant.

The auxiliary piping systems will comprise partly of steel and partly of glass-reinforced epoxy (GRE) pipework.

Being built in Somerset, the £19.6bn ($25bn) Hinkley Point C is the first new nuclear power facility to be built in the country UK since 1995.

The nuclear power station will feature two European pressurised reactors (EPR), each with a generation capacity of 1,630MW.

Bilfinger CEO Tom Blades said: “The award of this major contract by EDF marks a key milestone in our work on the Hinkley Point C project. It not only shows how much EDF values our working relationship, but also demonstrates our outstanding capabilities with regard to large-scale new-build projects in the nuclear industry.

“By combining the strengths and experience of multiple entities in our Group, we are able to provide EDF with all the required services from a single source.”

Bilfinger UK, Bilfinger Engineering & Technologies in Germany and Bilfinger Peters Engineering in France are involved in the project’s delivery.

Planned to be completed by 2025, the contract work is expected to create 35 new jobs in the UK.

Hinkley Point C MEH programme director Simon Parsons said: “This contract will further boost the UK’s industrial skills and expertise in hi-tech manufacturing and is part of a sustained effort to boost British jobs and skills through the power station’s construction.

“Development of a near identical power station at Sizewell C will further benefit our extensive and experienced British supply chain.”