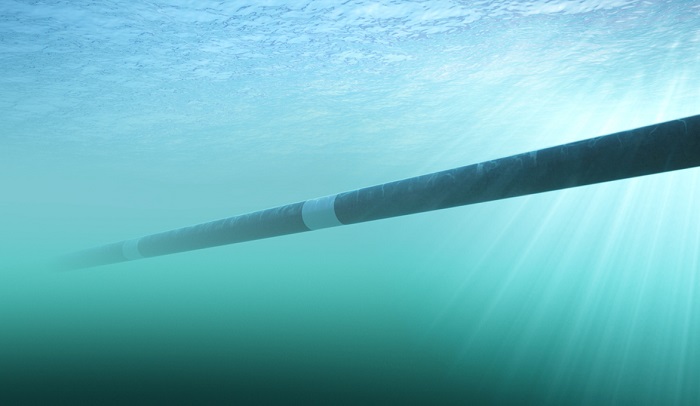 Abu Dhabi and a Japanese, French, and Korean consortium have agreed to a $3.8 billion deal to use an undersea high voltage direct current (HVDC) transmission system to power offshore oil and gas operations from land.

It has been referred to as the Middle East’s first HVDC undersea transmission network.

The offshore oil and gas production sites’ gas-burning generators are to be replaced with what the Abu Dhabi National Energy Company (Taqa) and Abu Dhabi National Oil Company (Adnoc) describe as more sustainable power produced on land. They said it would reduce the amount of carbon that Adnoc’s offshore operations emit by more than 30%.

A public-private cooperation created the concept. The transmission network will be built, owned, and operated for 35 years by a group that consists of the French utility EDF, Korea Electric Power Corporation (Kepco), and Japan’s Kyuden Group, as well as Adnoc and Taqa.

It is anticipated to begin transmitting in 2025.

A number of banks will grant the project $3 billion in loans. They are the Export-Import Bank of Korea, Mizuho Bank, Standard Chartered Bank, Sumitomo Mitsui Bank, BNP Paribas Fortis, and Japan Bank for International Cooperation. The $1.2 billion loan will be provided by the South Korean Export-Import Bank.

High-voltage alternative current (AC) power generated in a power plant is converted into direct current (DC), transmitted, and then converted back into AC by high-voltage direct current (HVDC). It permits transmission with minimal power loss over greater distances. The Korean company Samsung C&T Engineering & Construction Group, which has teamed up with the Belgian contractor Jan de Nul to complete the project, was awarded the contract to construct the new network. The contract with Samsung C&T is worth $2.27 billion.

The design, construction, burying, and safeguarding of two cable clusters with a combined length of approximately 1,000 kilometres from the islands of Al Ghallan and Das to onshore AC converter stations will fall under Jan de Nul’s purview, the company claimed.

This project is a model citizen for the building works of the first HVDC submarine transmission system in the Middle East and North Africa through collaboration between government power generation companies, construction firms, and institutions, a South Korean bank official was quoted as saying by the official Korean Yonhap News Agency.