Around half the total decommissioning spend in the Gulf of Mexico last year came from just four companies, with Apache way ahead of the pack, says new report.

With Apache pursuing a Gulf of Mexico exit strategy over the past few years it’s not surprising that it should top the spending league tables last year and the year before.

What may be more surprising – as revealed in this year’s Offshore Decommissioning Report, 2013-14 – is just how concentrated overall spend is among a few companies.

Together, Apache, Chevron, Helix and McMoRan are estimated to have spent $752m on decommissioning in 2012, about half the total Gulf of Mexico (GoM) decommissioning market. The total market was worth between $1.3bn and $1.7bn last year, the report says.

In 2012, Apache and its subsidiaries are estimated to have spent $309m on decommissioning services in the GOM: approximately $195m on structure removals and $114m on well abandonments.

McMoRan, meanwhile, is estimated to have spent $88m ($46m on structure removal, $42m on well abandonment).

In 2011, Apache is estimated to have spent $363m on abandonment activities in the GOM: around $207m on structure removals and $156m on well abandonments.

The fourth edition of The Offshore Decommissioning Report, 2013-14, prepared and written by Prof. Mark Kaiser of Louisiana State University, offers comprehensive insight into transactions, deep- and shallow-water inventories and other key GoM market data.Click here to access a free extract. 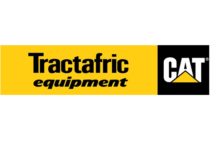