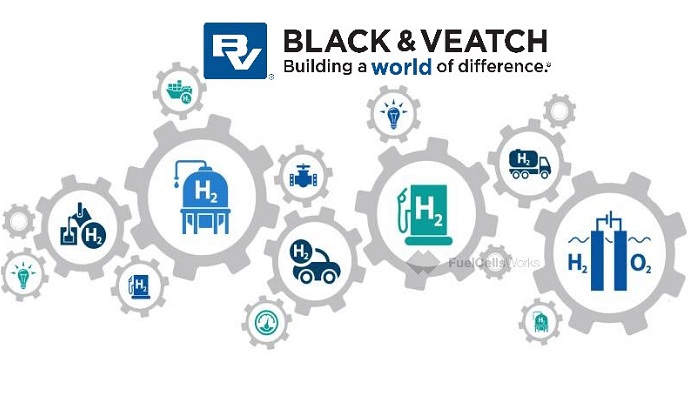 Black & Veatch will undertake feasibility studies central to the development of the world’s largest green hydrogen plant. When operational, Enegix Energy’s Base One facility in Ceará, Brazil, will produce more than 600 million kilogrammes of green hydrogen annually.

The highly ambitious new-build electrolysis facility will be powered entirely by renewable energy, initially 3.4 gigawatts of solar and onshore wind. Ceará’s potential for renewable energy generation, coupled with access to a strategic deep-sea port to facilitate the export of hydrogen, were key to the choice of the scoped 500-hectare site for the US$ 5.4 billion investment.

Enegix Energy has signed a memorandum of understanding (MoU) with Black & Veatch for the delivery of feasibility studies key to advancing the green hydrogen plant’s creation. “Hydrogen project developers and investors need confidence in the quality of the advice they receive. The most complete analysis will come from partners with expertise in hydrogen, renewable energy generation, and the complex interfaces between them that define projects like Base One,” said Gary Martin, a Managing Director with Black & Veatch’s Oil & Gas business. “Facilities such as the one proposed by Enegix are at the heart of making hydrogen a core component of a zero-carbon global economy; and our integrated approach places us in a unique position to contribute.”

Hydrogen has the potential to reduce and replace reliance on fossil fuels for electricity generation and storage, heating, transport, production of green chemicals and fertilizer. Across the globe Black & Veatch is engaged in developing, designing and constructing decarbonization solutions that fulfil these objectives.

“Black & Veatch’s team has the capability to assess all aspects of the project, with transferable skills that cover hydrogen production, handling, transportation, storage and distribution; following the highest standards for safety and efficiency. Black & Veatch is well-positioned to provide these type of services, contributing to the transition of fossil fuels to hydrogen,” said Wesley Cooke, Enegix Founder and CEO.

“As well as new-build undertakings like our MoU with Enegix Energy, Black & Veatch’s reputation for execution certainty means we are supporting many projects to adapt existing power and process infrastructure for a role in the hydrogen economy,” Martin added. “In a US first, for example, we are working with Long Ridge Energy Generation to retrofit a 485-megawatt (MW) combined-cycle power plant making it the nation’s first large gas turbine plant to transition operations to hydrogen fuel.”

In January 2021, reflecting its ongoing commitment to decarbonization and further advancing efforts to create a more balanced energy portfolio, Black & Veatch joined the Hydrogen Council – a global initiative of leading energy, transport and industry organizations with a vision for hydrogen’s ability to foster the energy transition.