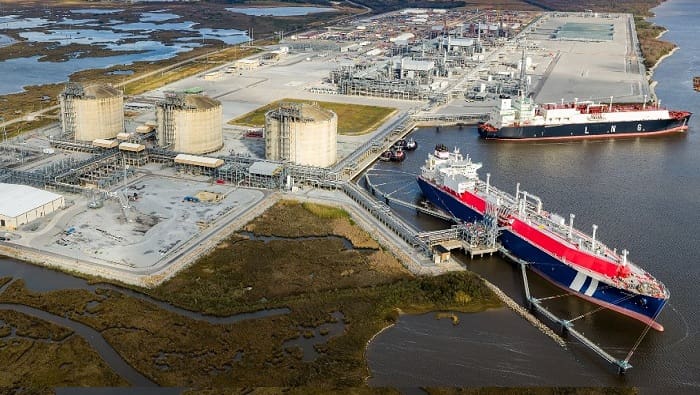 Mitsubishi Corporation (MC) is pleased to announce that on August 10 local time, commercial production of liquefied natural gas (LNG) officially commenced from the third and final liquefaction train of the Cameron LNG Project in Louisiana. Each of the project’s three lines has an annual production capacity of four million tons. With the first two already in operation, the launch of the third will boost output to 12 million tons of LNG per year. MC is involved in the project through Japan LNG Investment LLC (JLI), a joint venture with Nippon Yusen Kabushiki Kaisha.

JLI owns a 16.6% interest in the project, which is run by Cameron LNG, LLC (CLNG). MC is both engaged in the project’s management through JLI and owns the rights to approximately four million tons of its production, the equivalent output of one liquefaction train. MC also sources natural gas as a feed gas for the project via CIMA Energy, LP, its wholly-owned, gas marketing company based in the US. Liquefaction of the feed gas is contracted to CLNG through a tolling agreement. The LNG that MC owns the rights to is sold in Japan and around the world, primarily through long-term contracts with Diamond Gas International Pte. Ltd., MC’s wholly-owned LNG sales company based in Singapore.

The Cameron LNG Project is a new value-chain-type business model for MC, one that is less susceptible to oil and gas price volatility. The US boasts a highly liquid natural gas market thanks to its abundant production capacity, reserves, and pipeline network. By sourcing LNG from this market, MC aims to ensure long-term supply stability for its customers.