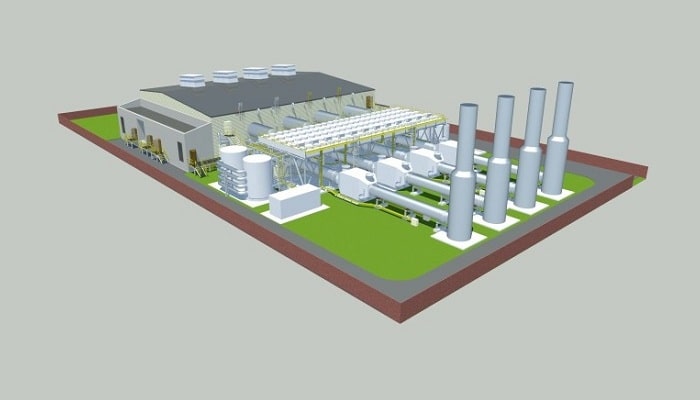 The plants are expected to transform natural gas into electricity for less than four hours, replacing the need for ‘spinning reserve’ or short-term power. They can reach full capacity from standby within five minutes in comparison to 60 minutes minimum for a combined cycle gas turbines (CCGT). As soon as they are available, the engines can also be operated by climate neutral Synthetic Natural Gas, a fuel that can be produced from renewable energy sources.

The first 24 new engines will be deployed in Britain to deliver a total of 300 MW of back-up power to the UK’s grid. They will be installed in six new 50 MW Statera power plants in the next 18 months. The agreement could help ensure UK energy security, following a significant blackout over the summer that left a million people without power, and called into question the country’s ability to provide back-up electricity.

Statera Energy managing director Tom Vernon said: “Renewables are going to be the dominant source of power in the future, and while batteries will balance the grid for daily fluctuations in supply and demand, flexible gas generation will play a crucial role in efficiently guaranteeing security of supply for those prolonged periods where there is low renewable generation.

“Statera’s mission is to improve the efficiency of the current level of gas deployment using technology where the best flexibility and response times can be delivered. This will replace less efficient and less responsive gas and allow further development of renewable,” he added.

MAN Energy chief sales officer Wayne Jones said: “As a global pioneer, the UK is the first among the world’s leading industrial nations to commit itself to a zero-emission target; MAN Energy Solutions is proud and honoured to be part of such an important initiative.”

The design of the engines is based on analysis conducted by Aurora Energy Research predicting that 54% of back-up power requirements will be for under 4 hours by 2010, with 85% of these needs for under ten hours.

In addition, the research also highlights that despite their lower efficiency compared to CCGT plants, high efficiency gas peakers are cheaper to operate for less than 4 hours due to what the company calls “no ramping costs”. In this way, the new technology actively incorporates natural gas to meet future urgent energy deficit or peak demand on the UK electricity network, while reducing operating costs by up to 17%.