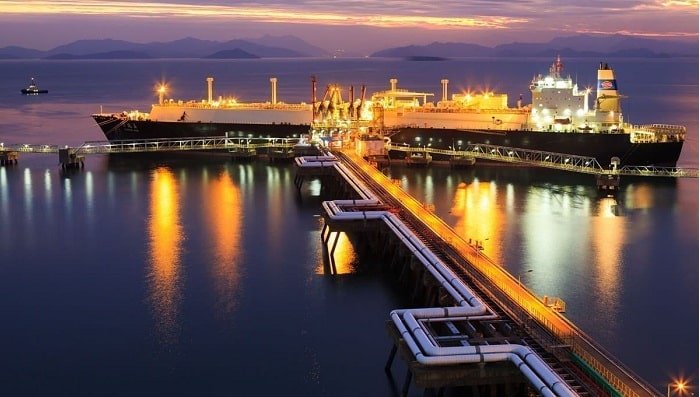 US companies signed several agreements with Vietnamese partners to develop LNG-to-power projects in the Southeast Asian country, as part of Washington’s strategy to bolster regional ties and pave the way for more US LNG exports, US equipment supply, and financial backing for energy infrastructure.

The deals were signed at the Indo-Pacific Business Forum in Hanoi on Oct. 28 amid US Secretary of State Mike Pompeo’s two-day visit to Vietnam Oct. 29-30 at the invitation of his Vietnamese counterpart, a government statement said. Pompeo’s Asia visit also includes India, Sri Lanka, Maldives and Indonesia.

Most of the deals were for LNG projects already on the drawing board, but they signaled varying levels of progress in project milestones at a time when Vietnam is struggling with declining domestic gas production and limits on exploration due to territorial disputes with China.

ExxonMobil’s subsidiary ExxonMobil Hai Phong Energy and Japanese power producer JERA signed a memorandum of understanding with the coastal city of Hai Phong for an integrated LNG-to-power project, the companies said in a joint statement.

ExxonMobil has submitted an application with a project concept for consideration to local authorities, and Hai Phong City has submitted a letter of recommendation to the central government to include it in the official master plan. These are pending government approvals.

In a phone call with Prime Minister Nguyen Xuan Phuc in June, ExxonMobil had expressed interest in building an LNG terminal and LNG-fired power plants of up to 4,000 MW in Hai Phong, expected to start in 2025-30.

Another preliminary agreement was signed between General Electric and VinaCapital, a Vietnam-focused venture capital firm, for the development of the Long An LNG-to-power project in the southern province of Long An. Under the MOU, GE will supply gas turbines and other equipment.

VinaCapital is in partnership with the Long An provincial government to develop the project that will have a power generation capacity of 3,000 MW, intended to replace a proposed coal-fired power project that was abandoned due to environmental concerns.

AES Corp. and Petro Vietnam Gas, or PV Gas, signed the term sheet for a joint venture agreement to develop the Son My LNG Import Terminal Project for about $1.4 billion. The terminal will have a capacity of 3 million mt/year of LNG in the first phase, which would be doubled to 6 million mt/year in the second phase.

Son My LNG will supply gas to the 2.25 GW Son My 1 and 2.2 GW Son My 2 power plants from 2024, PV Gas said in a statement Oct. 28. AES had signed an agreement with the Vietnamese government to build the $1.8 billion Son My 2 combined-cycle gas turbine power plant last year. Son My 1 will be built by a consortium led by France’s EDF.

Also on Oct. 28, Delta Offshore Energy and its contractors Bechtel, General Electric, and McDermott signed a master teaming agreement for the development of the Bac Lieu LNG-to-power project for more than $3 billion of US equipment and services.

The plant in Bac Lieu province will have a generation capacity of 3,200 MW and will need about 3 million mt/year of imported LNG.

The U.S. Trade and Development Agency, or USTDA, and Vietnam National Power Transmission Corp. also signed an agreement, under which USTDA will provide funding of $935,060 to modernize the power grid. USTDA has supported 16 energy projects in the Indo-Pacific region — in India’s natural gas sector, solar power in Thailand, and inter-island LNG transportation in Indonesia, the US embassy statement said.

USTDA will also host a workshop to address issues around US LNG exports to the Vietnam and the adoption of American gas sector products.