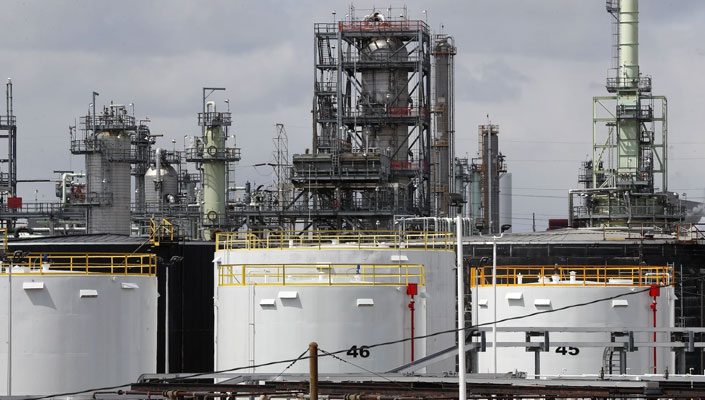 President Joe Biden called on U.S. oil refining businesses to increase production on June 15th, saying that customers should not be burdened by high costs. Historically large refinery profits being transferred directly to the American people are not appropriate during a time of war, the president wrote in a letter to oil giants such as Exxon Mobil and Chevron.

The letter said, companies must take prompt efforts to improve the availability of gasoline, diesel, and other refined products. Biden’s statement comes as the economy’s inflationary fears are exacerbated by sky-high gasoline prices. According to AAA, the nationwide average for a gallon of gas surpassed $5 for the first time in history over the weekend.

The national average is currently at $5.014, up 54 cents from a month ago and $1.94 from the previous year. With utilisation rates already at 90%, refiners can’t just increase output. In addition, certain refineries are being repurposed to produce alternative goods such as biofuel.

Since the pandemic began, refining capacity has decreased, which has contributed to the quick rise in fuel prices. As economies recover and people travel again, demand has returned, but supply remains scarce.

The loss of Russian refined fuels has aggravated the imbalance, forcing Europe to seek alternative sources of energy. Biden stated that his government is ready to employ any acceptable and normal federal government instruments and emergency authorities in the near term to expand refinery capacity and output.

The refining deficit is a global problem and a worldwide concern, according to Biden’s letter, with about 3 million barrels a day of worldwide capability idle since the outbreak began.

Nonetheless, he emphasised the unprecedented gap between oil and gas prices. Refiner profits for refining gasoline and diesel have tripled since the beginning of the year and are now at their highest levels ever recorded, he said. When oil was trading at $120 a barrel last year, the average cost of gas at the pump was around $4.25 per gallon, according to Biden.

Oil prices plummeted after Biden’s letter was issued, with the US benchmark, West Texas Intermediate, last trading at $117.71, down more than 1%. The president’s letter was also extended to BP and Shell, as well as Marathon Petroleum, Valero Energy, and Phillips 66. Exxon, Chevron, and the refiners’ stocks were all marginally lower in premarket trade.

The crisis that families are experiencing necessitates a quick response. Businesses must collaborate with the administration to develop tangible, near-term remedies to the situation, Biden stated.

Even so, there is no simple remedy. Refiners are working at a record high pace, according to John Kilduff, a partner at Again Capital. He stated, there really is nothing left to amp up. According to Kilduff, no new refineries have been constructed in decades, but old ones have been expanded. Prior to the pandemic, there was a surplus of refining capacity, putting earnings pressure on the industry.

Years of restrictions against Venezuela, Iran, and now Russia have contributed significantly to the current scenario, he stated. The industry claims that the increase in pricing is due to the administration’s policies. While they appreciate the opportunity to have a more ongoing discussion with the White House, the administration’s misdirected policy agenda shifting away from domestic oil and natural gas has magnified inflationary pressures and added turbulence to companies’ routine efforts to meet growing energy needs while cutting carbon, said president and CEO of the American Petroleum Institute, Mike Sommers.

The business group wrote Biden a letter detailing ten steps the president and Congress could take to address the energy crisis, including removing development prohibitions on federal lands and oceans and speeding up LNG exports. Notably, in the run-up to November’s midterm elections, higher costs are a concern for the White House.

Biden has repeatedly referred to increased gas prices as Putin’s tax, while also urging American producers to increase supply. The message is at variance with the White House’s previous emphasis on limiting the usage of fossil fuels in the United States. Companies are emphasising financial returns at the cost of Americans, according to the government.