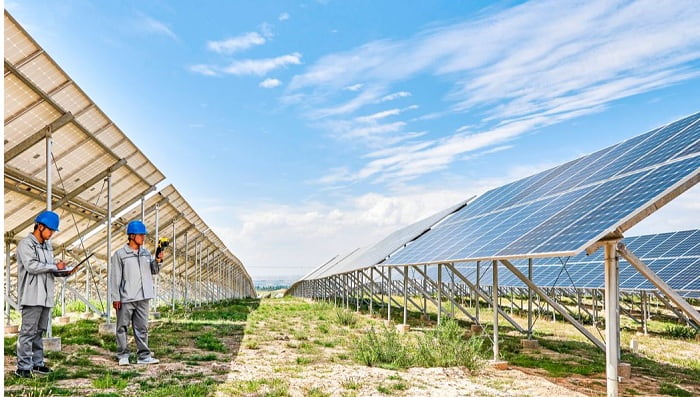 The agreement was signed today by AIIB President Jin Liqun and IRENA Director-General, Francesco La Camera, at a virtual ceremony to mark the new partnership. President Jin remarked upon how the Bank and IRENA will work together to accelerate investment and enhance awareness of renewable energy solutions throughout Asia.

“With Asia’s growing energy demand, and the rising challenges from climate change, we need to ensure the region invests more than ever in renewable energy and energy efficiency to facilitate their transition to low carbon energy mix. This partnership is part of the Bank’s journey toward realizing the goals set out in the Paris agreement,” said President Jin.

Under the terms of the AIIB-IRENA MOU, both the Bank and IRENA agreed to scale-up their efforts to unlock capital and accelerate the uptake of renewable energy by AIIB members. Mr. La Camera highlighted this agreement bolsters IRENA’s efforts to facilitate the flow of low-carbon capital into the energy transition where it is needed most, including through the Climate Investment Platform, a multi-stakeholder initiative designed to mobilise climate capital, of which IRENA is a founding member.

“The energy transition is the centrepiece of global efforts to achieve sustainable development, address climate change and accelerate a new age of inclusive, low-carbon growth,” said IRENA Director-General Francesco La Camera. “Through partnerships like this, we can catalyse the flow of capital towards renewables and energy transition related infrastructure to build a more resilient, sustainable and inclusive system.”

Today, Asia is home to about 60 percent of the world’s population and contributes to almost 50 percent of global energy-related greenhouse gas emissions. The region accounts for nearly half of global renewable-energy capacity, according to IRENA, up from less than one-third a decade ago. However, relative to its size, Asia still lags behind, with renewables accounting for less than 15 percent of total primary energy consumption in 2020.

Furthermore, developing countries in Asia are expected to account for about two-thirds of global energy growth by 2040. With its vast wealth of affordable and sustainable energy resources, such as hydropower, wind and solar, it is essential that this growth is met by renewable energy capacity.

Under its Corporate Strategy, AIIB will aim at reaching or surpassing by 2025 a 50 percent share of climate finance in its actual financing approvals, reflecting its commitment to support the Paris Agreement. Its Sustainable Energy for Asia Strategy (2017) also sets out a clear framework for how the Bank will invest in energy projects that increase access to clean, safe, affordable and reliable energy for millions of people across Asia.

IRENA has been instrumental in mobilizing finance for renewable energy deployment. Through its partnership with the Abu Dhabi Fund for Development (ADFD), under the IRENA/ADFD Project Facility, it has supported transformative renewable energy projects in developing countries across Africa, Asia, Latin America, the Caribbean and the Pacific. Under the Facility, USD 350 million in concessional loans was committed over seven annual funding cycles, assisting 32 projects in 26 countries.

The Climate Investment Platform (CIP) was launched at the United Nations Secretary General’s Climate Action Summit in 2019, as an inclusive partnership to scale-up climate action and translate ambitious national climate targets into concrete investments on the ground. The founding partners include IRENA, SEforALL and United Nations Development Programme in coordination with Green Climate Fund.