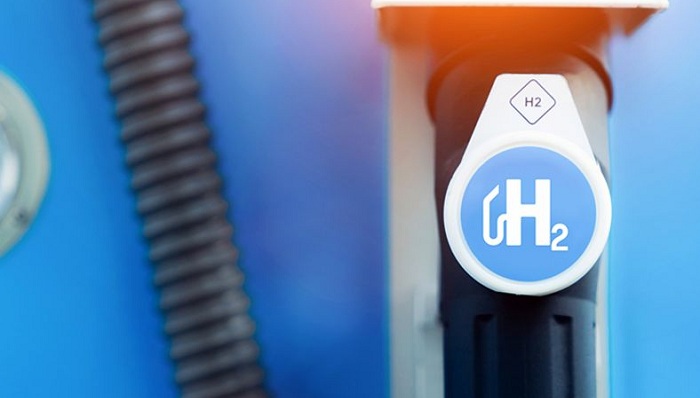 “As the world transitions to a low carbon future, Cummins has the financial strength to invest in hydrogen and battery technologies as well as advanced diesel and natural gas powertrains,” said Chairman and CEO Tom Linebarger.

The company specifically outlined its plans to generate electrolyzer revenues of at least $400 million in 2025. Members of the Cummins leadership team reviewed the company’s existing hydrogen portfolio and strategy and discussed specific market opportunities at a virtual conference held today with the investment community.

During the presentations, Cummins’ leaders also shared how green hydrogen and fuel cells will play a critical role in reducing greenhouse gas and air emissions from the industries it serves to meet experts’ recommendations to limit global temperature increases in line with the Paris Agreement. They also shared that they expect adoption of fuel cell technology to take time as technologies continue to develop and costs reduce. They added that infrastructure is a current barrier and will require action and engagement from both private industry and government to increase the pace of adoption of hydrogen fuel cell solutions.

“The production of green hydrogen and the adoption of fuel cell technologies in markets that are served by fossil fuels today will be critical to lowering greenhouse gas emissions globally and also will enable Cummins to achieve carbon neutrality by 2050,” Linebarger added. “We will continue to bring hydrogen fuel cell products to market and we have many products already in the field, including in on-highway trucks, rail, marine and other applications, as well as hundreds of electrolyzers.”
Hydrogen Technologies and Products Overview

Cummins is combining its powertrain expertise and its fuel cell and hydrogen technologies to power a variety of applications, including transit buses, semi-trucks, delivery trucks, refuse trucks and passenger trains. Today, Cummins has more than 2,000 fuel cell installations across a variety of on-and off-highway applications as well as more than 500 electrolyzer installations.

PEM fuel cell power modules – These are scalable from 8 to 90kW and can be combined to meet even higher power requirements and include the complete fuel cell system.

Cummins fuel cells are powering the world’s first hydrogen fuel cell passenger trains through Alstom, a French rail manufacturer. After completing a successful year and a half trial and more than 180,000 kilometers driven, Cummins is moving into serial production and is the largest provider of fuel cells for rail applications in the world.

In partnership with leading European truck manufacturers, system integrators, and waste management fleet operators, Cummins supplied fuel cells for FAUN, a leader in waste collection vehicles and sweepers in Europe, for their electric refuse truck program. Each truck has 100% electric drive and has zero tailpipe emissions with a range of up to 560 kilometers, which is enough to run the collection route multiple times carrying 10 tons of waste.

As part of the Department of Energy’s “H2@Scale” initiative Cummins and Navistar will work together on the development of a class 8 truck powered by hydrogen fuel cells. The powertrain will be integrated into an International® RH™ Series truck and uses two HyPM® HD90 power modules, made up of HD45 fuel cell stacks connected in series. The truck will be integrated into Werner Enterprises’ fleet of more than 7,700 tractors and operated in real-world local and/or regional delivery operation out of Fontana, CA for 12 months.

Electrolyzers (both alkaline and PEM) – Electrolyzers use electricity to split water and create hydrogen. These can be small for on-site generation or can leverage multiple stacks generating hydrogen from surplus hydroelectricity or other renewable energy sources.

Cummins is in the final stages of commissioning the largest PEM electrolysis plant in the world in Becancour, Canada for Air Liquide. The 20-megawatt facility will have an annual hydrogen output of approximately 3,000 tons. The electrolyzer will use surplus renewable hydroelectricity to generate decarbonized, or green hydrogen. Cummins is providing its 5-megawatt PEM electrolyzer to enable renewable energy for the Douglas County Public Utility District in Washington state in 2021. The Cummins electrolyzer will be dedicated to producing hydrogen from renewable energy and will be the largest, as well as first of its kind in use by a public utility, in the United States.

Cummins has delivered electrolyzers for more than 50 hydrogen fueling stations.

In addition to discussing the outlook for the New Power Segment, including electrolyzer revenues of at least $400 million in 2025, Chief Financial Officer Mark Smith underscored how continued strong performance of Cummins’ existing products allows for further investment in new technologies.

“Cummins has the financial strength to keep investing in multiple technologies, including hydrogen production and fuel cells, to further advance our leadership position in this vital area,” Mr. Smith stated.