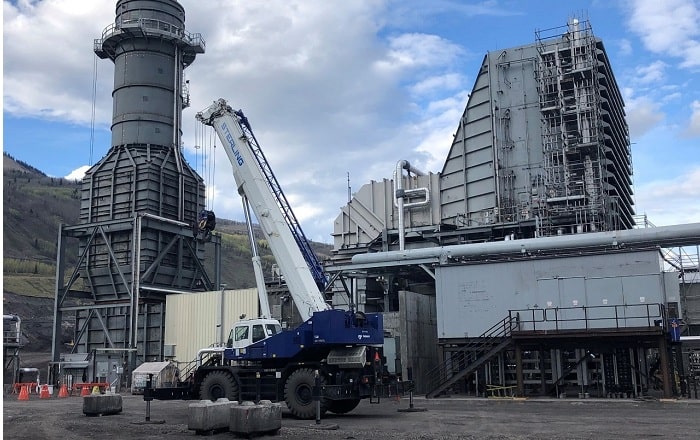 As part of the upgrade, Maxim Power selected GE to re-power the coal facility using natural gas. Maxim Power president and chief operating officer Bob Emmott said: “Canada is part of the international community moving toward a decarbonised future, with Alberta committed to a phase-out of coal power by 2030.

“We were faced with the reality of shuttering the facility or re-powering it with natural gas, the cleanest burning fossil fuel, emitting less than half the CO? of a coal plant, significantly lower nitrous oxides and particulate matter, no mercury, and essentially no sulfur oxides, and we decided to turn to GE to help us transition the facility to natural gas.”

For the project, GE upgraded Maxim Power’s Milner II plant with the installation of a 7F.05 gas turbine.

Following the upgrade, the power plant is said to have become the largest simple-cycle natural gas-fired unit in Alberta.

The upgrade is part of Maxim Power’s efforts to transition to natural gas and also supports Alberta and Canada’s efforts towards decarbonisation through a coal-to-gas transition.

GE noted that Maxim Power’s M II natural gas-fired power plant is delivering power to the Alberta grid near Grand Cache using natural gas with 50% fewer emissions than that of a coal-fired facility.