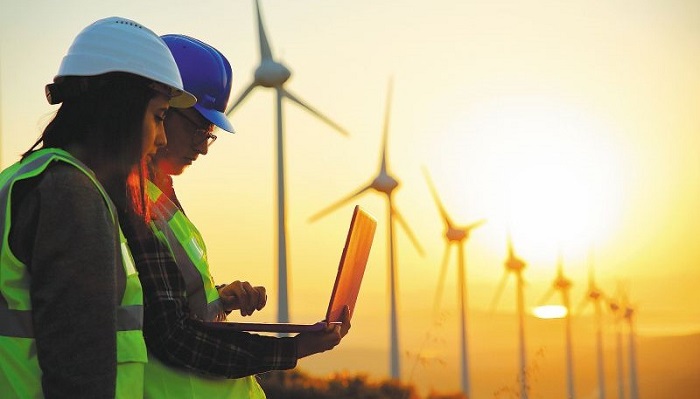 According to the International Renewable Energy Agency’s (IRENA’s) most recent report, the number of people employed globally in renewable energy, including direct and indirect jobs, increased from 12 million in 2020 to 12.7 million in 2021.

The solar photovoltaic (PV) industry now employs 4.3 million people, up from 4 million in 2020. Onshore and offshore wind employed 1.4 million people worldwide in 2021, up from 1.25 million the previous year.

Geographically, 42% of all renewable energy jobs were in China last year, and nearly two-thirds were in Asia. Due to Asia’s high installation rates and considerable equipment production capability, employment in the region is robust. Jobs related to renewable energy are primarily concentrated in the EU and Brazil, each with 10% of the total; the US and India follow with 7% of the sum.

Due to heartening achievements in workplace gender equity, women currently hold one-third of all occupations in the sector, according to IRENA.

The segment of renewable energy with the fastest growth is solar PV. China is once again in the lead, employing around 2.7 million people, or 63% of all PV jobs, in 2021. It is both the world’s largest installation market and the leading producer of PV equipment. There are now 255,000 solar jobs in the US. Employment stood at 268,000 in Europe and 137,000 in India. A share of 87% of all solar job markets was held by the top 10.

Onshore and offshore wind employment is similarly concentrated in a small number of nations. China holds a 48% market share, followed by Europe (25%), and the Americas (16%). Together, the top ten countries for wind jobs employed 1.16 million people, or 85% of all wind jobs.

According to IRENA, an ambitious decarbonisation scenario with front-loaded investments might result in 38.2 million new jobs in the renewable energy sector worldwide by 2030. Based on the ambitious scenario, an additional 74.2 million jobs might be created by that year thanks to energy conservation, electric vehicles, flexible power networks, and hydrogen.