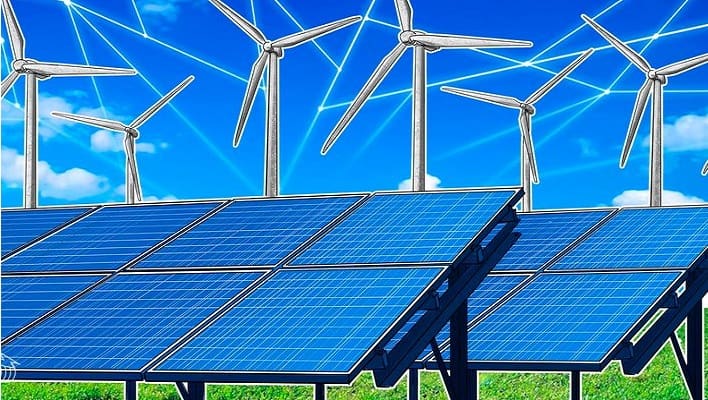 Renewable energy generation is set to defy a historic drop in global electricity demand this year due to the COVID-19 pandemic, but coal-fired power stations will be the biggest loser.

Worldwide generation from renewables is expected to surge by 7 per cent this year, even as consumption of electricity sees its biggest drop since the middle of last century, the International Energy Agency said in its first electricity market report.

The combination of factors means carbon emissions from power generation are expected to drop by 5 per cent this year, but the dip will be only temporary, with a rebound expected next year.

China, representing 28 per cent of the world’s power usage, will be the only major economy to see an increase in electricity demand in 2020, by about 2 per cent. But the growth remains well short of its average since 2015 of 6.5 per cent.

The forecast contraction in electricity demand this year is far larger than the 0.6 per cent reduction seen after the global financial crisis and assumes global GDP will shrink by 4.4 per cent. Demand should rebound modestly in 2021, by about 3 per cent.
Advertisement

Coal is being hardest hit by the rise of renewables, with coal-based generation set to drop by 5 per cent this year, the biggest fall on record and driving coal-fired power down to 2012 levels.

Nuclear is also badly affected, with a decline of about 4 per cent expected this year, apart from in China, where new capacity will see nuclear power generation rise 6 per cent. Gas-fired generation is set to dip by about 2 per cent.

Australia saw a relatively minor impact on demand, with usage down 3-4 per cent in 2020 and most of the COVID-related impact limited to the June quarter. Significant additions of large-scale wind and solar farms, together with rooftop panels, are expected to see the share of renewables, including hydro power, jump to 24 per cent from 19 per cent last year.

Coal power in Australia continues to decline yet will still comprise 56 per cent of generation this year. Brown coal power, which is more carbon-polluting than black coal, should actually increase as AGL Energy’s Loy Yang generator recovers from extended outages in 2019.

The report comes amid a trend towards electrification to ease the switch away from fossil fuels to achieve climate goals. European oil and gas producers are increasing investments in renewable energy, although Australian producers are so far tending to stick with gas expansion strategies, relying on carbon capture and storage, offsets and hydrogen to help meet emissions targets.

“Electricity has a central role in today’s energy world – a role that will only increase in importance as clean energy transitions accelerate,” said IEA executive director Dr Fatih Birol.

Renewables are expected to grow strongly again in 2021, expanding by more than 4 per cent and taking renewables’ share of the world’s power mix to 29 per cent from 28 per cent this year.

But coal power is expected to bounce back thanks to demand growth in emerging and developing economies, which should outpace increases in renewables and nuclear power.

The IEA found that electricity prices slumped in several major markets this year due to the drop in demand, higher renewables and declines of up to 50 per cent in gas prices. The average fall was 28 per cent in major advanced economies. extending a 12 per cent slide in 2019.