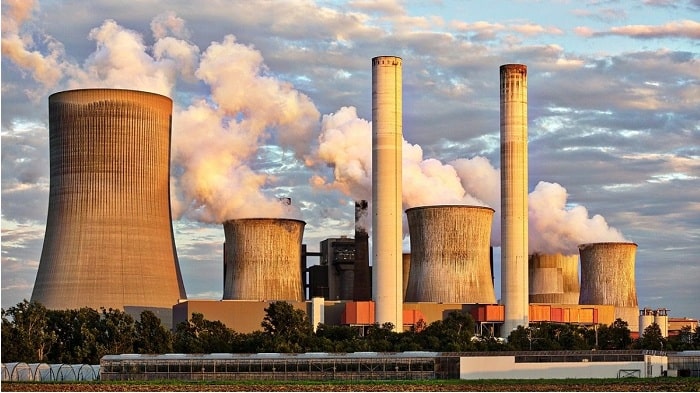 Toshiba Corp. and Siemens Energy are the latest major power industry companies to move away from coal. Toshiba on Nov. 11 announced it will stop taking new construction orders for coal-fired power plants, and Siemens on Nov. 10 said it will stop selling turbines for new coal-fired facilities.

The two energy giants join General Electric (GE) and Black & Veatch as companies that in recent weeks have said they will end their investments in the coal sector.

Nobuaki Kurumatani, Toshiba’s president and CEO, made his company’s announcement Nov. 11 during an online press conference from Tokyo, Japan. The company was presenting an updated business plan in which it said it wants to cut greenhouse gas (GHG) emissions from its businesses by half by fiscal year 2030. Japanese Prime Minister Yoshihide Suga in late October said the country’s goal is to reduce its GHG emissions to net zero by 2050.

“Clearly, there will be a paradigm shift in the energy sector globally. As a result, we have decided to stop receiving orders for coal-fired thermal power plants that emit large amounts of carbon dioxide,” Kurumatani said. He added that Toshiba expects to more than triple its sales from the renewable energy sector over the next 10 years.
Siemens Will Fulfill Commitments

Siemens Energy made its announcement Tuesday. CEO Christian Bruch at a news conference said, “Effective immediately, we cease supporting the development of new coal-fired power plants.” Bruch said, “Sustainability is at the core of our actions” with regard to exiting coal.

The company said it will still fulfill its existing commitments, including its placed bids, and continue to honor its service contracts. It also will continue to participate in combined heat and power projects, some of which could be coal-fired.

Siemens Energy on Tuesday released its fourth-quarter financial results for the first time since the company was spun off from its Siemens parent in September. The company said it would review the impact of the decision to exit coal on its business sites and its workers.

The company Tuesday said its overall business is still profitable, but said turbine sales to coal-fired power plants in the past year were about $970 million, accounting for less than 10% of the company’s sales. Siemens Energy, in addition to its gas and steam turbines, generators, and wind turbines operations, also participates in offshore wind transmission technology and green hydrogen.

“Accompanying its customers on the path of energy transformation and providing the necessary technologies and solutions—that is the mission of the company,” Siemens said in a statement. “With this step, Siemens Energy continues its transformation towards a more sustainable and growth-oriented portfolio.”

Said Bruch: “I am proud how our Siemens Energy team managed the macroeconomic challenges, successfully executed the spin-off of our company while further streamlining our portfolio. With an outstanding and committed team we look forward to the transformation journey that lies ahead of us, as we are opening a new chapter as Siemens Energy.”

Siemens Energy, like other energy majors, is transitioning toward renewable energy. The company owns 67% of wind turbine maker Siemens Gamesa. The company said it still makes about 30% of its sales to generation facilities powered by fossil fuels, mostly natural gas.

Siemens has long competed with GE and Mitsubishi in the turbine market for power generation. Mitsubishi also has been divesting its coal assets as part of its decarbonization strategy.

Siemens Energy in its financial report Tuesday said fourth-quarter earnings before interest, tax and amortization, and before special items dropped 87% to about $83 million, due to impairments and restructuring costs. Shares in Siemens Energy have fallen nearly 7% in value since the September spinoff from the Siemens parent. The company said it still expects its sales will grow by at least 2%, and possibly as much as 12%, next year.

Toshiba on Wednesday said its renewable energy division, which includes solar and wind power, earned 190 billion yen ($1.8 billion) in fiscal 2019. The company said its fiscal 2030 target is set at 650 billion ¥ ($6.2 billion) with 160 billion ¥ ($1.5 billion) in investment. Toshiba reported an overall net profit of 3.49 billion ¥ ($33 million) in the period from April to September of this year, its first profitable period in two years.

The Japanese government in its latest energy plan, developed prior to Suga taking office in September, wants renewable energy to produce as much as 25% of the nation’s power in fiscal 2030. The country has said it expects generation from fossil fuels, including coal, will still account for as much as half of its generation.

Environmentalists have criticized Japan for supporting construction of coal-fired power stations in other countries even as its own government moves away from coal generation.