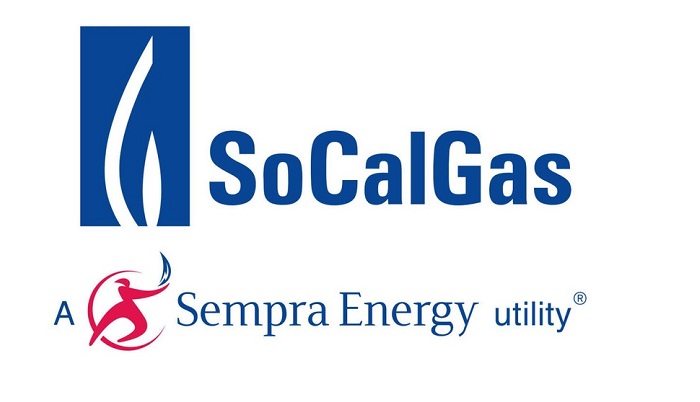 One of the largest gas utility companies in the United States, Southern California Gas Co. (SoCalGas), has made a bold commitment to achieve net zero greenhouse gas (GHG) emissions in its operations and delivery of energy by 2045.

This commitment makes SoCalGas the largest gas distribution utility in North America to set a net zero target including scopes 1, 2, and 3 GHG emissions, which would eliminate not only its own direct emissions, but also those generated by customers’ energy delivered by SoCalGas’ energy infrastructure.

SoCalGas’ commitment aligns with the Paris Climate Agreement’s recommendations and reflects the company’s focus on supporting California with a resilient gas grid through the energy transition to support a carbon neutral economy.

“Our mission is to build the cleanest, safest and most innovative energy company in America,” said SoCalGas CEO Scott Drury in a March 23 statement. “We will lead the energy transition by providing clean fuels and innovative technologies essential to carbon neutrality for California. Through collaboration and partnership, California can develop clean energy solutions at scale and serve as a global beacon for energy innovation.”

SoCalGas, which serves nearly 22 million residents, representing half the state’s population, has a long record of emissions reduction progress in support of California’s environmental goals. This includes implementing energy efficiency programs, delivering increasing amounts of carbon-negative renewable natural gas (RNG), and developing zero-carbon hydrogen technologies, among others. These efforts have resulted in carbon reductions of over 3.2 million metric tons of carbon dioxide equivalent (CO2e), the equivalent of removing more than 700,000 passenger vehicles off the road for an entire year.

Key stakeholders praised the announcement, citing the need for zero and low-carbon gases that can support renewable electricity production.

“SoCalGas’ bold climate pledge demonstrates their commitment to helping California reach its goal of carbon neutrality,” said California Sen. Bob Archuleta. “I’ve fought for investments in hydrogen and other clean fuel technologies because I know that gas infrastructure will be needed to provide reliable energy in a net zero carbon economy. I’m thrilled SoCalGas is leading the nation in these innovations, and that they’re beginning here in the 32nd Senate District.”

California Assemblymember Cristina Garcia commented, “To get to net zero in California, we need lawmakers and state agencies to engage the support and partnership of all stakeholders—universities, investors, communities, and businesses, including energy providers like SoCalGas. Because as California brings on more and more renewable electricity, we need to ensure we have all the tools in our toolbelt – solar, wind, hydrogen and renewable natural gas, and all other renewable clean sources–to work together to ensure grid reliability while still meeting our clean air and climate change goals.”

“Converting electricity into fuel is a critical technology that will solve many issues for storing electricity long-term and for decarbonized transportation fuels within our existing infrastructure,” said Nate Lewis, George L. Argyros Professor of Chemistry at the California Institute of Technology. “The linchpin is converting electricity to fuels, and SoCalGas’ dedication to these solutions will help California reach carbon-neutrality faster and more cost-effectively.”

“I’m proud to help SoCalGas announce its commitment to net zero emissions by 2045,” said Mayor Claudia Frometa of Downey, California. “As the birthplace of the Apollo space program and the testing site for many of the nation’s greatest aviation and space endeavors, Downey has a long history of innovation. It’s perfectly fitting SoCalGas announce its commitment and plan for their new Hydrogen Home right here in Downey.”

Headquartered in Los Angeles, SoCalGas delivers affordable, reliable, clean and increasingly renewable gas service to 21.8 million consumers across 24,000 square miles of Central and Southern California, where more than 90 percent of residents use natural gas for heating, hot water, cooking, drying clothes or other uses. Gas delivered through the company’s pipelines also plays a key role in providing electricity to Californians — about 45 percent of electric power generated in the state comes from gas-fired power plants.

SoCalGas is also committed to investing in its gas delivery infrastructure while keeping bills affordable for customers. Over the past five years, the company invested nearly $7.5 billion to upgrade and modernize its pipeline system to enhance safety and reliability. SoCalGas is a subsidiary of Sempra Energy, an energy services holding company based in San Diego.