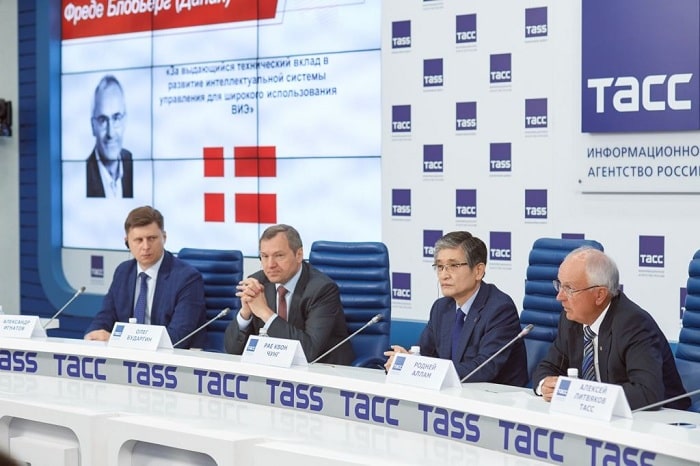 The names of the Global Energy Prize laureates were announced during the official press conference in Moscow. In 2019, the prestigious award goes to scientists from the USA and Denmark.Khalil Amine, Argonne Distinguished Fellow and the Manager of the Advanced Lithium Battery Technology Group at Argonne National Laboratory, will be awarded for outstanding contribution into the development of the efficient electrical energy storage technology.

Danish Professor Frede Blaabjerg, Head of Aalborg University’s Center of reliable power electronics, will be recognized for outstanding technical contribution to the design of power management systems enabling the integration of renewable power. The laureates of 2019 will receive golden medals, diplomas, honorary lapel badges and will share around $ 600 000.

The international Global Energy Prize – which is shared between two recipients this year – honors annually outstanding achievements in research and technology that are addressing the world`s pressing energy challenges. According to IREG Observatory on Academic Ranking and Excellence, the Global Energy Prize is one of TOP-99 international academic awards with the highest prestige and significance.It has a reputation score of 0.48 on the IREG List, with a Nobel Prize scoring 1.0. Moreover, in the prestige rating of the International Congress of Distinguished Awards (ICDA) the Global Energy Prize is in the category of “Mega Prizes” for its laudable goals, exemplary practices and the overall prize fund. 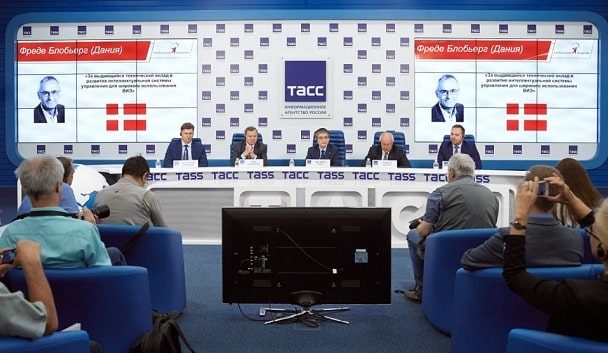 Renowned expert in Power Electronics, Professor Frede Blaabjerg, became the first Dane to win the prestigious Global Energy Prize. He became the laureate in the “non-traditional energy” nomination.The scientist is an author of a number of inventions in the field of variable speed drive technology. Today they are regularly applied in wind turbines, and allow for rational generation of electricity, saving tens of millions of dollars a year. Moreover, Frede Blaabjerg provided important solutions for turning photovoltaic plants and wind turbines to reality, which are required for reliable and sustainable functioning of the energy systems in general.

Today the installed capacity of these plants exceeds 1000 GW. In particular, he is engaged in the introduction of new conceptual methods of ensuring the reliability of power electronics for renewable power sources in order to reduce the cost of energy converters while increasing their reliability.It is noteworthy that he initiated two new research areas in which universities and industry are involved.Dr. Blaabjerg is the most quoted author among all engineering scientists of the world.

US Professor Khalil Amine became the second laureate of the Global Energy Prize. He is awarded within “new ways of energy application” nomination. He is the most cited scientist in the world on the topic of accumulator batteries.His research is related to the new cathodes and anodes for lithium-ion batteries, development of new liquid-polymer electrolyte systems, lithium-oxygen, lithium-sulfur, sodium-ion batteries and many more. He stood at the origins of LiNi0.5Mn1.5O4 5-volt spinel cathode, which is being now actively and internationally introduced into power systems.

NMC cathode is considered to be the scientist’s major accomplishment. At present, it is widely used in household electric appliances and in electric vehicles such as Chevy Volt, Chevy Bolt, Nissan Leaf, Fiat Chrysler, BMW I3 and I8, Ford, Toyota, Honda and Hyundai.Not so long ago, Dr. Amine developed a new superoxide battery system capable to yield up to five times more energy than lithium-ion batteries.This discovery gave impetus to a new round of research aimed at increasing the energy density of batteries and reducing costs, which should lead to a sharp increase in the number of electric vehicles in the future.Many corporations all over the world, such as BASF, LG Chemical, General Motors, Envia, Microvast, Samsung, TODA and Umicore, use the anodes, cathodes, electrolytes and technologies designed by the scientist.

In general, the experts of the press conference agreed that the developments of the winners of 2019 correspond to modern energy trends. Extending this idea, the President of the Global Energy Association, Alexander Ignatov noted that the decisions of most of the award laureates contribute to the achievement of the UN sustainable development goals, which in turn corresponds to the priorities of the development of the association. “Already now, we directly or indirectly influence 5 of the 17 global goals aimed at improving the quality and standard of living of the world community,” he concluded.

Recall that in current year39 scientists from 12 nations took part in the contention for the Prize. Among the top-15 nominees were leading world scientists, representatives of the UK, Denmark, China, the Netherlands, Russia and the USA.The final decision on the laureates’ definition was made by the International Award Committee, which consists of 20 outstanding scientists from 14 countries. The new laureates will be awarded in Moscow, Russia. Their solemn awarding ceremony is scheduled for the beginning of October.