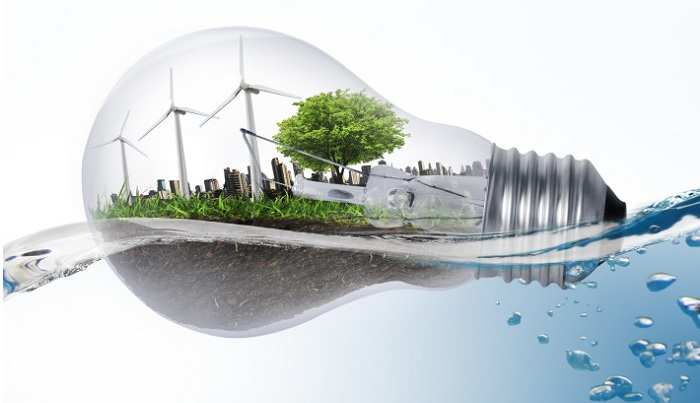 A carbon-free future is the dream of many, but it seems like a far-off, almost unreachable, future at the moment. In large part, the world has made small steps on the path to carbon neutrality. However, as the effects of climate change are becoming both clearer and more severe, more and more companies and countries are stepping up to lead the way.

One of the largest issues with carbon-neutrality is that while it involves a wide range of engineering solutions, the implementation of these solutions is largely a political one. Carbon-free technologies are often expensive and can impede growth in existing carbon-emitting industries.

As the effects of climate change become more severe and drastic, however, the sheer financial burden of coping up with increasing temperatures, shortages of food and other materials, increasingly devastating storms and natural disasters, and loss of coastline and low-lying lands, would overpower the reluctance to implement carbon-neutral technologies.

The Paris Agreement laid out an international framework for countries in a quest to reach reduced carbon-emissions goals, but it isn’t a mandate, rather a mutual goal. Out of the Paris Agreement came the Carbon Neutral Coalition, which is a group of 26 countries, 15 cities, 17 regions, and 192 companies that are leading the charge to implement carbon neutral policies to reduce their impact on the environment.

By coming together in larger numbers and setting a clear goal, the pressure is intensified to meet it. Focusing in on companies specifically, whether they’re a part of the coalition or not, it’s become common for modern corporations to reduce their carbon footprint.

Clearly, encouraging further change will require incentivizing the private industry to alter its path. Mounting political, social, and even inter-corporate pressure could help bring about that change. But the ability to make more money from polluting less is what will likely bring the biggest changes.

While we’ve underscored that many companies are leading the way in sourcing their energy through renewables, globally only about 3.5 percent of corporate energy usage is sourced from renewables, so there’s clearly a long road ahead on the path to a carbon-free future.

While most companies today are setting green energy targets, many are primarily for show or are being enacted too slowly to make any noticeable difference. It has become all too common for companies to use “greenwashing” to boost their image and product sales, by promoting how much effort they are undertaking to preserve the environment.

While sometimes these efforts are overstated and done just for show, the evidence of green marketing makes clear that societal pressures to reduce industrial and commercial carbon-footprints are everpresent in today’s landscape.

Some companies, like Google, purchase renewables credits to offset their carbon usage. This strategy has proven effective for many larger corporations, due to the fact that renewables aren’t fully scaled globally, making their implementation in every commercial use-case much harder.

Other companies, like Autodesk, the CAD software company, take a mixed approach, offsetting some of their carbon footprint with credits, while also running their data centers and offices off of renewable energy – with a goal of being 100% carbon neutral by 2021. This mixed approach to carbon neutrality could serve as a good model for other commercial enterprises looking to step deeper into a greener future.

Rapidly moving to renewables and achieving carbon-neutrality isn’t as easy as flipping a switch for most companies, rather it’s a process. However, with carbon credits, companies have the ability to move closer to carbon-neutrality, from a mathematical perspective, while they work on powering their own operations with actual renewables.

Aside from corporate moves towards carbon-neutrality, the push is also happening in governments across the world. In the US state of Virginia, a law was just signed that requires the two main electrical utility companies in the state to source their electricity fully from renewables by 2050. Joe Marhamati VP of Ipsun Solar, a local solar provider, had this to say about the initiative:

“Having a 100% carbon-free electricity plan means not only that Virginia residents are demanding clean energy, but that those who may not have been paying attention are now aware that solar is far cheaper than fossil fuels. This means that the entire Virginia market is likely to be aware of and considering clean energy and backup power for their family, to reduce energy bills, provide resiliency during grid outages, add value to their home, and begin the process of cleaning up the Virginia grid. We expect an exponential rise in the number of inquiries from Virginia residents on how they can own their own solar power as a result of this plan.”

Marhamati hits on a key point in this response – the growing awareness of clean energy’s capabilities and pricing. For many around the world, especially those in strong oil and natural gas markets, renewables are often seen as overpriced energy that could never scale up to the level of carbon-based fuels. But that opinion isn’t one rooted in fact.

In many cases, solar and other renewables are far cheaper than their carbon-based alternatives, eliminating one of the major arguments against switching to renewables. When it is made clear that the transition to renewables can lead to a financial benefit, not just a social and political one, adoption rates improve drastically.

Japan’s prime minister recently announced that the country plans to go carbon neutral by 2050. Roughly 40 percent of Japan’s total current emissions come from power generation, meaning that a significant portion of the energy generation sector is going to need to be transformed to meet this goal.

Japan, specifically, appears poised to turn further to nuclear energy, which, despite accidents such as the Fukushima disaster, has become cleaner and safer thanks to modern engineering advancements. The Japanese government recently affirmed a plan for nuclear energy to provide 20-22% of the country’s electricity output by 2030.

It can be a little hard to quantify the progress towards renewables. National Geographic has a rather interesting interactive tool to help. The tool lays out how each country can transition to renewables using varying energy mixes. It also lays out some stats that supply the benefit to be expected from the shifts to renewables.

For example, in the US, switching to carbon-free energy sources is expected to save $8,019 per person. These savings are brought about by the reduction in fuel costs from renewably-sourced energy, as well as the reduction in healthcare spending due to cleaner air and less pollution. This number is significant, representing about 12 percent of the average annual income per person in the states.

Another notable statistic that the interactive guide provides is how much land will need to be devoted to renewable energy production to achieve the carbon-neutral goal. In the US, that number is just 1.81% of the country’s total area, a tiny number when put in perspective.

Achieving carbon-neutrality in the energy sector won’t require spreading every free square inch of space with solar panels. Rather, it requires is a rethinking of current infrastructure, with a focus on renewable sources.

So where does this leave us then? Well, still a long way off from carbon neutrality. While the efforts of companies and territories are valiant, the UN still says we’re a long way off.

But the shift is happening and progress is being made. Most notably, China, the world’s largest consumer of coal and the largest carbon emitter has announced plans to be carbon neutral by 2060.

While the goal is not as soon as many had hoped, it does signal a significant bit of progress in the effort to make the world a cleaner place for all – and a more efficient one too.