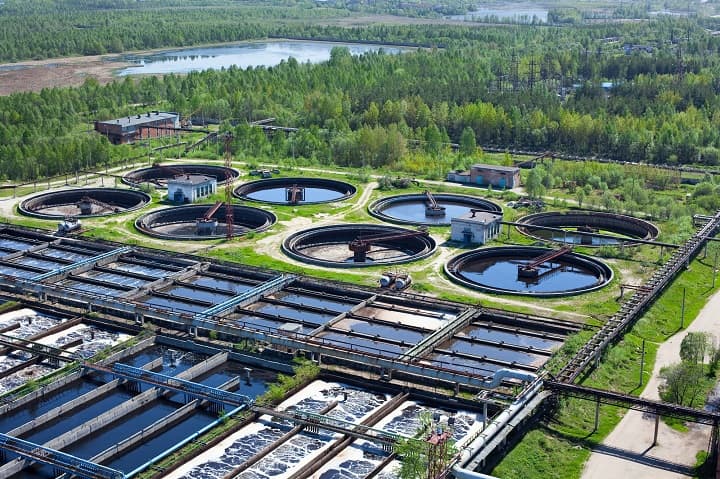 Wastewater is a polluted form of water that results from human activities (e.g., dishwashing, bathing, and laundry) and rainwater runoffs. It’s also known as sewage water and is categorized based on how it’s generated—domestic, industrial, and storm.

Domestic wastewater is a byproduct of business, restaurant, and residential activities. Industrial wastewater is the waste from manufacturing plants. Lastly, storm wastewater is due to heavy rain and all the debris, chemicals, nutrients, and grits that flow with it.

Wastewater poses a high risk not only to the people of a particular community but also to the environment. It contains harmful contaminants such as pathogens, sediments, organic and inorganic compounds, microplastics, radioactive substances, oil, and other pollutants.

Wastewater treatment is important. If it isn’t treated properly, human health and the environment will suffer greatly. There will be a decrease in aquatic and wildlife populations, closures of water-related amenities, oxygen depletion, and emission of foul odors.

In this article, you’ll get to explore everything about wastewater treatment, including its importance in the daily lives of humans and the environment. Read on to learn more.

What Is Wastewater Treatment?

Wastewater treatment, or sewage treatment, is the process of removing contaminants and other impurities from the sewage or wastewater before it reaches different bodies of water. These include lakes, rivers, oceans, and estuaries.

Since you can’t find pure water even in nature, the difference between clean and contaminated water depends on the concentration of impurities it contains. In other words, water is considered polluted if it contains enough contaminants to make it unsafe for use (e.g., drinking and fishing).

In addition, treating wastewater helps reduce the harmful effects of industrial activities on human health and the environment. For example, water treatment for mining helps mining companies prevent mineral and chemical deposits from polluting nearby bodies of water such as rivers and lakes.

On top of that, treating wastewater helps recover essential materials such as metals, specialized chemicals, and nutrients. Recovering these resources can help address the world’s increasing demands for natural materials.

Wastewater is a common result of activities such as using the toilet, dishwashing, and stormwater runoff. These activities bring contaminants that pollute the water before it reaches other bodies of water; hence, wastewater is formed.

Here are the principal pollutants that contaminate the water:

The biochemical oxygen demand (BOD) determines the concentration of organic compounds in the wastewater. Higher BOD means a higher concentration of putrescible organic substances. BOD also determines the amount of oxygen microbes needed to break down the organic compounds in the wastewater. Higher levels of BOD are usually found in industrial sewage—several times higher than in domestic wastewater.

When wastewater enters the lake, stream, or river, organic compounds start to decompose right away. Microbes consume this oxygen, leading to fast oxygen depletion in the water. If the concentration of dissolved oxygen drops below the minimum, the population of aquatic species will decrease and slowly perish, unless wastewater is treated immediately.

Also, if the concentration of dissolved oxygen reaches zero, the water will become putrid. This is due to the decomposition of organic compounds, which produces unpleasant odors similar to septic conditions.

Another common contaminant that causes wastewater is suspended solids, fine sedimentary particles in water. These include soil, decaying organic material, discharged particles, and biological solids. Compared to domestic wastewater, industrial and storm sewage have a higher concentration of suspended solids.

Domestic wastewater often contains nitrogen and phosphorus compounds. These are the two elements plants require in order to grow and develop. When such compounds reach natural bodies of water, algal blooms will take place. Algal blooms are often due to discharges, which accelerate lake aging, also known as eutrophication.

Microorganisms are more present in domestic wastewater compared to industrial sewage. It contains millions of microbes for every gallon. Most of these are coliforms, disease-causing bacteria from the intestinal tract.

Experts use coliforms to indicate how polluted the wastewater is. After the treatment process, coliform levels will be tested, which should be at zero. Even the presence of one coliform can pose a great risk to human health and the environment. 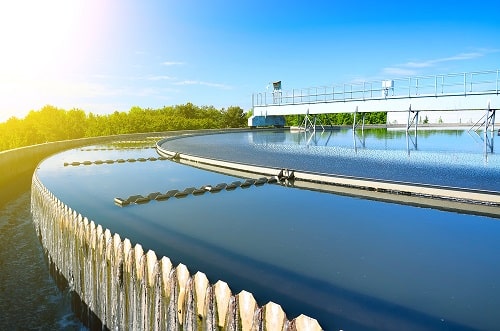 How Is Wastewater Treated?

Wastewater can be treated using two different treatment levels: primary and secondary. Primary treatment removes solids that have settled above or below the surface due to buoyancy or gravity. Secondary treatment applies biological processes to clean and purify the wastewater.

In some cases, primary and secondary treatment levels are combined to produce much cleaner water. Sometimes, a tertiary or advanced treatment process is used, especially if the wastewater is extremely contaminated.

The primary treatment eliminates impurities that float or settled below due to gravity. It involves physical processes such as screening, sedimentation, grit removal, and comminution—the process of reducing substances to smaller particles.

Once the sewage has been screened and the grits have been removed, the next step is sedimentation. In this process, the remaining organic and inorganic substances will be removed together with other suspended solids.

Primary treatment is usually not enough. That’s why there’s a secondary treatment process to provide a much better result.

The secondary treatment eliminates all the soluble matter that isn’t removed during the primary treatment process. It also removes the remaining suspended solids using biological processes such as the use of microbes to consume organic matter, which converts the impurities into water, carbon dioxide, and energy.

Wastewater is a polluted form of water from residential buildings, industrial facilities, and storms. It contains a wide range of pollutants that can harm human health and the environment, such as organic and inorganic matter. Wastewater treatment removes all these contaminants to protect everyone’s health and preserve the environment.