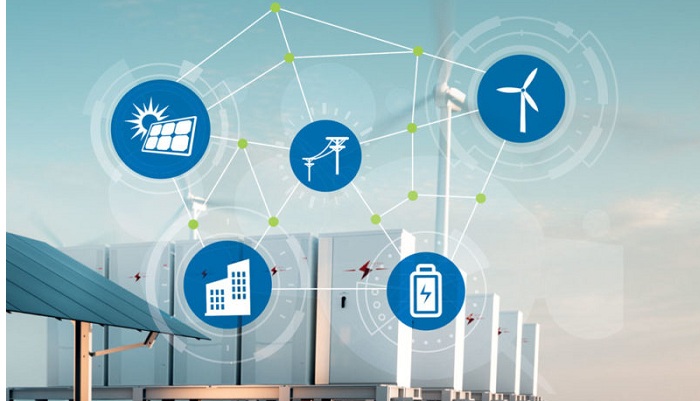 Sidewalk Infrastructure Partners (SIP) and OhmConnect are partnering to create Resi-Station, a 550-MW clean energy power plant that will go live in California next month. At full-scale, in three years, it will be the largest residential power plant in the world, said SIP and OhmConnect, a virtual power plant company that harnesses the power of a fleet of energy saving homes and smart devices.

“What we are doing with aggregated demand response and what Resi-Station will do is give everybody access to demand control in real time. Both are possible because of the pioneering work of residential solar,” Cisco DeVries, CEO of OhmConnect said.

For people with residential solar, combining OhmConnect’s aggregated demand response capabilities with Resi-Station will give them more ways to save and make money on their solar investment, he added.

As part of their Resi-Station partnership, Alphabet-backed SIP is investing $20 million in OhmConnect. SIP is also providing the capital to build and operate Resi-Station.

Resi-Station is OhmConnect at scale, and it will be affiliated with Resilia, SIP’s new advanced grid platform aimed at making electric systems bi-directional, transactive and distributive. In August, SIP launched a similar subsidiary called Cavnue that combines technology and road infrastructure to unlock the potential of connected and autonomous vehicles.

“[With] Resi-Station, we are rethinking the structure of modern power grids, allowing them to function more like a symphony than a solo — a sequence of energy-taking and energy-giving systems that communicate and cooperate with one another to deliver electricity safely, cheaply, and efficiently,” said Jonathan Winer, co-CEO of Sidewalk Infrastructure Partners.

For SIP, launching Resi-Station aligns with its mission which is to identify, finance and scale the technologies that it thinks will define the future of infrastructure, and with this in mind, it plans to launch similar projects that engage distributed energy resources in an innovative way across the nation, using Resi-Station as a template.

“Resi-Station is the first big step towards opening the door to a massively transactive grid,” DeVries said. In some ways, Resi-Station is positioned to follow in the footsteps of companies like Airbnb. “Airbnb is now four or five times larger than Marriott in terms of the number of units, and Airbnb did that in just a few years,” DeVries said.

Resi-Station’s proposition is similar. “This brings commercial scale to distributed power plants,” DeVries said. “Within a few years, almost everyone in the country will think of their appliances, their car chargers and the energy use in their homes as something that they can make money from when they are not using them – kind of like the way that people think of Airbnb as a way to make money from their guest bedroom,” he added.

Resi-Station and the Resila platform aren’t going to replace traditional power plants, but they will become a major component of the U.S. energy system over the next 10 years, DeVries said. Regulatory changes, including Federal Energy Regulatory Commission’s Order 2222 will accelerate this transition, he said.

Under an agreement reached several years ago, during periods of high demand, CAISO tells OhmConnect its megawatt reduction needs, and OhmConnect sends text alerts to its users asking them to power down. If OhmConnect’s demand response participants react and use less energy than forecasted, they get paid. Going forward, OhmConnect will also fulfill this role on behalf of Resi-Station.

At scale, Resi-Station could reach 5 GWh of energy conservation, SIP and OhmConnect said, adding that this is equal to the full amount of California’s energy shortfall during this summer’s blackouts. It is also the equivalent of not burning 3.8 million pounds of coal.

The energy conservation that Resi-Station could provide is also five times what OhmConnect provided this past summer when millions of Californians faced rolling blackouts during a heatwave-induced grid emergency that left public utility systems struggling to keep up with surging demand.

Between August 13th and 20th, OhmConnect toggled its customers’ smart devices and appliances off and on to reduce almost one GWh of total energy usage, which helped avoid additional blackouts. For their help in reducing stress on California’s grid, OhmConnect paid out roughly $1 million to its users.

Immediately after last August’s rolling blackouts, signups for OhmConnect’s demand response program tripled. On the user end, a desire to help prevent blackouts, pandemic-related economic challenges and the fact that California residential power prices, at almost 21 cents per kWh, are significantly higher than the 13 cents a kWh national average all helped drive interest.

For utilities, particularly those that were skeptical of residential demand response systems and uncomfortable with OhmConnect engaging directly with their customers, this summer’s experience helped bring them around.

“They [now] see us as a source of much-needed supply, so that they are not in a position of having to do blackouts. They also trust us more now because we were successful in supporting the grid at scale during the flex alert,” DeVries said.

To make that level of scale possible, several state-level regulatory changes are needed, and some are already appearing on the horizon. In late November, the California Public Utilities Commission opened proceedings aimed at establishing policies, processes and rules that ensure reliable electric service during periods of extreme weather in 2021. This tight timeline and the need for additional supply might give demand response solutions an edge. “Demand response is the only area that can grow quickly enough to make a difference by next summer,” DeVries said.

In order to scale up Resi-Station and provide savings to California residents, SIP and OhmConnect are partnering with leading manufacturers of connected, secure home devices. They also plan to offer free smart thermostats to participants in the OhmConnect software program that will enable Resi-Station.