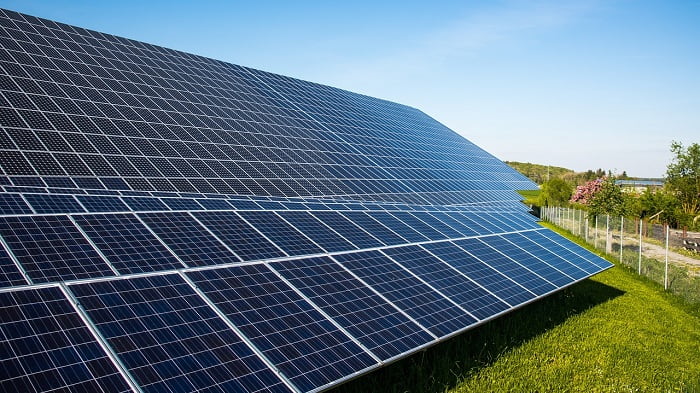 Voltalia , an international player in renewable energies, signed yesterday an agreement where Alten Energi as Renovables, an Independent Power Producer specialized in solar, chooses Voltalia to provide Construction and Operation & Maintenance services for one of the largest solar plants in Eastern Africa(55MW). In line with its mission to improve global environment and foster local development Voltalia will contribute to the achievement of Kenya’s 2020 renewables target and create local job opportunities.

Voltaliato provide Construction and O&M Services toAlten for a55 MW new solar plant in Kenya Following a competitive process, Voltalia was selected to build and operate the plant located in the state of Uasin Gishu in the municipality of Eldoret, Kenya’s fifth largest city.The construction phase has just started for a commissioning expected by the endof 2020. Voltalia will also provide operation and maintenance services through a 10-year contract. With this project, Voltalia demonstrates its capacity to undertake large projects for third-party clients as a service provider.

Consolidating presence in Africa and providing an effective answer to local needs This solar project is currently the second largest in Central and Eastern Africa.It represents2% of the total capacity of Kenya, one of the most dynamic country in the region. This additional capacity will contribute to reach the Kenyan government target of achieving universal electricity access by 2020 (vs. 70% in 2017). This is the second project for Voltalia in Kenya:mid-20181, Voltalia had secured the 50MW Kopere solar plant, located at Songhor farm, Nandi County. Its construction is to start byyear-end 2019.Only distant by around 60 km, the Group will handle the construction of both solar plants in parallel, leveraging the on-the-ground knowledge of a local team. To deliver these two projects, Voltalia will favour employment of local Kenyan staffof Voltalia and subcontractors. Voltalia expects up to 300peopleto work on the Alten project at peak, and to create up to 15permanent local jobs during the operation and maintenance phase.“With Voltalia,we know wecan rely on seasoned construction and maintenance teams with a strong track-record in many different countries, including in Africa. We also value the teams’ strong commitment to a top tier environmental and social performance, in line with our own goals”, highlights JuanLaso, Executive President of Alten Energías Renovables. “As part of our objective to give access to the most competitive electricity, we have strong ambitions in Africa.

We were already successful in winning a large solar project in Kenya to fuel our own installed capacity, and we will now support ourclient, Alten, in its ambitious project. These two commitments make us a key contributor to the Kenyan government’s target of providing electricity access to the 50 million inhabitants of the country by 2020.”comments Sébastien Clerc, CEO of Voltalia.

Creation of Voltalia’s Global Solar Hub in Portugal To serve its client, Voltalia will rely on its new Global Solar Hub inaugurated yesterday in Porto. To build this unique expertise on the solar market, Voltalia associated the exceptional track record of former Martifer Solar teams established in Portugal witht he in-depth experience of recent top tier hires.With 135experts focusing in fields like engineering, procurement, construction management, power generation monitoring and staff training, the new Hub will able Voltalia to support client-owned and Group-owned projects globally.Next on the agenda: the Group will unveil its new ambitions during a Capital Markets Presentation on June6, 2019(before trading)

About Voltalia (www.voltalia.com)
•Voltalia is an international player in the renewable energy sector. The Company produces and sells electricity generated from wind, solar, hydro, biomass and storage facilities, with a total capacity of 921MW either in operation or construction as of today.
•Voltalia is also a service provider, assisting its investor clients active in renewables at each project stages, from conception to operation and maintenance.
•With 550 employees in 18 countries over 4 continents, Voltalia is able to act worldwide on behalf of its clients.
•Voltalia has been listed on the Euro next regulated market in Paris since July 2014 (FR0011995588 –VLTSA) and is a component stock of the Enter next Tech 40 index and the CAC Mid&Small index. The Group is also included in the Gaïa-Index, an index for socially responsible mid caps.

About Alten Energías Renovables
ALTEN Energías Renovablesgroup, is an Independent Power Producer (IPP), specialising in solar photovoltaic technology, with offices in the Netherlands, Spain, Kenya, Nigeria, Mexico, Mozambique and Namibia, and a team with great expertise in the development, financing, construction and operation of PV power plants in competitive environments. ALTEN Africa started the construction of a 55 MWp PV plant in Kenya. The firm owns a 45,5MWp solar facility in Namibia. It is developing a 120 MWp project in Nigeria with a PPA (power purchase agreement) signed off with the country’s electricity provider NBET Nigerian Bulk Electricity Trading. ALTEN Africa forms part of the ALTEN Energías Renovables group like ALTEN America, its sister company in Latin America, has commissioned a350 MWp plantin Mexico. The group also has an extensive pipeline of projects, with over 900 MW at various stages of development. www.alten-energy.com