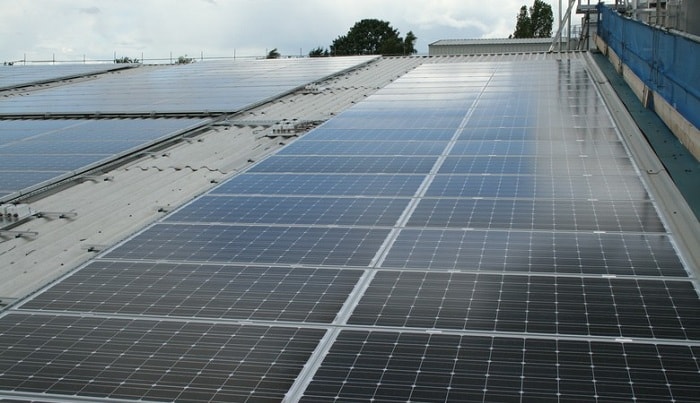 “Ameresco is thrilled with the news of the SMART project awards and applauds the leadership of the DOER and DPU in catalyzing and supporting solar development in the State of Massachusetts,” said Jim Walker, Vice President of Solar PV. “We appreciate the opportunity provided by the SMART program to develop a broad range of solar projects and offer clean energy access to a diverse range of customers in Massachusetts.”

“Massachusetts is a national leader in solar energy with over 2,300 megawatts of solar installed across all 351 cities and towns of the Commonwealth,” said Department of Energy Resources Commissioner Judith Judson. “DOER commends Ameresco for its efforts to build solar projects in partnership with municipalities under the SMART program, particularly those sited on landfills, rooftops, and parking lots. Such projects are directly in line with the goals of the SMART program and demonstrate an excellent re-use of existing land.”

“Through projects like the planned solar canopies, Ameresco has helped the Town of Natick strengthen its commitment to sustainability and become a ‘solar suburb’,” said Jillian Wilson-Martin, Sustainability Coordinator, Town of Natick. “In 2012, our municipality was one of the first in Massachusetts to install solar on public buildings, and now more than 700 of our residents have solar on their roofs. We are eager to continue our leadership in renewable energy through the SMART program.”

Additionally, Ameresco won three SMART awards for solar ground-mounts in Erving (4,954 kW) and Dartmouth (178 kW), as well as Gardner (2,500 kW), which was awarded under the initial SMART Competitive Procurement.

“We commend the efforts of this important mission within the local community,” said George Sakellaris, CEO of Ameresco. “We are thrilled to be a part of the continued efforts within Massachusetts to lead by example in energy stewardship.”

Ranked as the #1 Solar Contractor in Massachusetts in 2017 by the Solar Power World Top 500 Solar Contractors List, Ameresco continues to grow its solar footprint with these SMART award announcements. Ameresco’s North American footprint represents approximately 235 MW of solar projects completed or in construction.

The Massachusetts Department of Energy Resources (DOER), in conjunction with the participating electric utilities is setting their sights even higher for the most energy-efficient state in the nation by launching the Solar Massachusetts Renewable Target (SMART) Program. The SMART Program is a long-term sustainable solar incentive program sponsored by Eversource, National Grid and Unitil. SMART will encourage the development of solar photovoltaic (PV) technology by supporting 1,600 MW of new solar generating capacity.

The SMART Program began with 17 projects totaling 53.273 MW of solar PV. These new Solar Tariff Generation Units (STGUs) will generate clean, renewable power for decades to come. Along with this first block of awards, the Base Compensation Rate levels have been set for the SMART program. On November 26, 2018 the SMART Program became available to solar PV projects of all types and sizes, up to 5 MW per project.  For a status report on the volume of capacity applied for and awarded to date, see the Total Megawatts Available section to the left.

About Ameresco, Inc.
Founded in 2000, Ameresco, Inc. is a leading independent provider of comprehensive services, energy efficiency, infrastructure upgrades, asset sustainability and renewable energy solutions for businesses and organizations throughout North America and Europe. Ameresco’s sustainability services include upgrades to a facility’s energy infrastructure and the development, construction and operation of renewable energy plants. Ameresco has successfully completed energy saving, environmentally responsible projects with Federal, state and local governments, healthcare and educational institutions, housing authorities, and commercial and industrial customers. With its corporate headquarters in Framingham, MA, Ameresco has more than 1,000 employees providing local expertise in the United States, Canada, and the United Kingdom. For more information, visit www.ameresco.com.