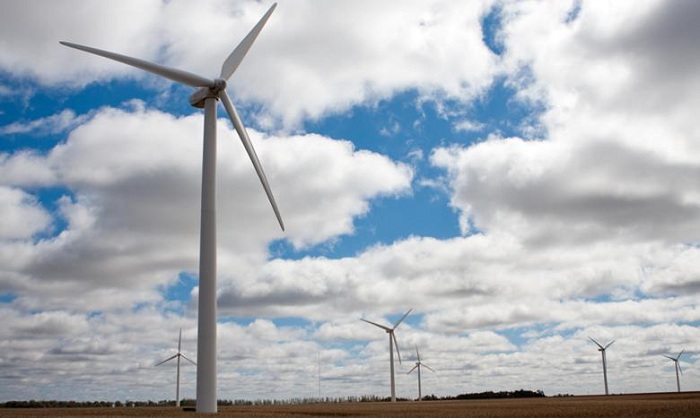 EDF Renewables North America announced they have entered into a Build and Transfer Agreement (BTA) with Tucson Electric Power (TEP) for the 247.4 megawatt (MW) Oso Grande Wind Project. EDF Renewables will complete development of the project and manage the construction process on behalf of TEP. Construction is expected to commence later this year with full operation by the end of 2020.

Oso Grande Wind Project, located in southeastern New Mexico, will include a total of 61 wind generating turbines. The output of these highly efficient turbines will be delivered to Tucson through existing transmission lines that connect to TEP’s transmission system in eastern Arizona.

“EDF Renewables is pleased to partner with TEP to supply cost-competitive, renewable energy to its customers from the Oso Grande Wind Project,” said Ryan Pfaff, Executive Vice President, Grid-Scale Power, EDF Renewables. “We look forward to assisting TEP in meeting its clean energy goals by completing Oso Grande in the second half of 2020.”

When the project is complete, TEP’s renewable energy production is expected to exceed 28 percent of its retail sales. That level would more than double the state requirement for 2021 while approaching the 30 percent goal TEP has planned to achieve by 2030.

The expected annual energy production will be enough to meet the consumption of nearly 100,000 homes1. This is equivalent to avoiding nearly 688,000 metric tons of carbon (CO?) emissions annually which represents the greenhouse gas emissions from nearly 146,000 passenger vehicles driven over the course of one year2.
1 According to Tucson Electric Power 2018 Actual Energy Sales.
2 According to U.S. EPA Greenhouse Gas Equivalencies calculations.