Home Solar Energy California Water Facilities are Now Solar Powered
Facebook
Twitter
Google+
Pinterest
WhatsApp
SunPower Corp. announced that it has completed the 3.8 megawatts solar power systems at various public water agencies and water treatment facilities in the state of California. In the systems in place, the facilities would be able to decrease their electricity costs. This action could open up some space in the state’s public budgets.

According to Howard Wenger, president of SunPower, water agencies and facilities require a large amount of energy. They can minimize their operational costs through solar power, just like the case of those in California. At present, SunPower systems are operational at more than 25 treatment facilities and water agencies. The company guarantees that it delivers the most efficient and reliable solar technology in the market. This ensures the facilities to gain positive financial returns.

The Rancho California Water District in Riverside County has two solar power systems. One of which is a 1.1 megawatt system located at the Senga Doherty Pump Station. It uses a ground-mounted system that rotates the solar panels so that they follow the path of the sun during the day. A 612 kilowatt solar parking canopy system was also at its headquarters. In 2008, a 1.1 megawatt system was installed at its Santa Rosa Water Reclamation Facility.

RCWD used Qualified Energy Conservation Bonds to finance the solar power projects. The bonds are available because of the federal American Recovery and Reinvestment Act of 2009. The solar power generators are expected to offset 95 percent of the electricity cost at its District Headquarters and 55 percent of its Senga Doherty Pump Station. It would amount up to $.43 million in savings for the next 20 years.

SunPower recently completed a 1 megawatt solar power system for Castaic Lake Water Agency’s Rio Vista Water Treatment Plant in Santa Clarita as well as the 983 kilowatt system at the Wastewater Treatment Plant at the City of Galt. Both projects were made possible through solar power purchase agreements with SunPower. The organizations host the systems and buy the electricity at prices below retail rates. SunPower designed, built, operates and maintains the solar power systems. PNC Financial Services Group was the one who purchased the system. That means CLWA and the City of Galt own the RECs and environmental benefits with regards to the respective installations.

Solar power purchase deals make it easier for organizations to switch to solar. Plus innovations in solar power technology make the price go down and make it affordable for those who want to install one in their facilities. 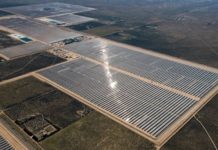 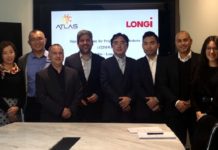 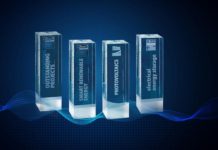