Local demand has underpinned the rise of China’s solar energy industry, but faced by a slowdown in domestic solar energy projects and reduced subsidies, manufacturers are looking to increase their already large export trade as the key to future growth. Emerging markets offer some of the strongest opportunities, particularly in regions with high levels of solar intensity.

According to Analysis by Frost and Sullivan for the World Future Energy Summit and Solar Expo, to be held in Abu Dhabi from 16 to 19 January, the Gulf Cooperation Council (GCC) countrieswill increase their installed solar capacity 50-fold between 2015 and 2025. Saudi Arabia alone has announced plans for an additional 9.5 GW of renewable energy by 2030. Outside the GCC, India is targeting 175 GW by 2022, including 100 GW of solar.

“When solar energy was seen as experimental in the region, and oil revenues were high, many decision makers automatically looked for Western partners, particularly from Europe,” said Ms. Li Dan, Vice Executive Secretary-General, Chinese Renewable Energy Industries Association. “Looking ahead, decisions will be based on purely commercial factors. Chinese companies can provide the quality, the capacity, and the commercial viability to put renewables at the centre of the energy mix.”

Industry analysispredicts that installed electricity generation in the GCC will grow at a compound rate of around 3.74 per cent per year between 2015 and 2025, with around USD 85 billion invested in generation, and USD 31 billion in transmission and distribution. While natural gas will remain the mainstay of generation, liquid-fired generation using oil will be scaled down. Renewable energy, including solar and wind, will both grow significantly.

China will have among the strongest international representations at WFES 2017. Exhibiting companies include Trina and JA Solar – the two largest photovoltaic panel manufacturers in the world. They are joined by other major names such as Jinko Solar, which was part of the consortium that set a record-low price in bids for Abu Dhabi’s planned Sweihan solar power plant in September 2016, Suntech Power, and technology giant Huawei. Most Chinese exhibitors specialise in photovoltaic solar energy, particularly solar panels, as well as associated technology such as battery storage.

As falling oil revenues put pressure on budgets, the Chinese suppliers’ established reputation for value, combined with their increasing reputation for quality and innovation, make them highly competitive.

“We have seen very strong growth in the number of Chinese companies coming to WFES, with the number of exhibitors now among the highest for any country, and their strength in the MENA and South Asian markets is growing,” said Naji El Haddad, Group Event Director for Reed Exhibitions, which organises WFES in partnership with Masdar. “China has become a powerful force in the region’s accelerating renewable energy industry, with several Chinese exhibitors at WFES ranked among the 10 largest solar manufacturers in the world.”

First held in 2008, WFES aims to build the business case for renewable energy. Hosted by Abu Dhabi’s renewable energy company, Masdar, as Part of Abu Dhabi Sustainability Week, the 2017 edition will be held at the Abu Dhabi National Exhibition Centre from 16 to 19 January.

About Masdar
Masdar is Abu Dhabi’s renewable energy company advancing the development, commercialisation and deployment of clean energy technologies and solutions. The company serves as a link between today’s fossil fuel economy and the energy economy of the future. Backed by the Mubadala Development Company PJSC, the strategic investment company of the government of Abu Dhabi, Masdar is dedicated to the Emirate’s long-term vision for the future of energy.For more information about Masdar, please visit: www.masdar.ae.

About Abu Dhabi Sustainability Week 2017
Abu Dhabi Sustainability Week (ADSW) is the ground-breaking global forum that unites thought leaders, policy makers and investors to address the challenges of renewable energy and sustainable development. With the global population set to reach nine billion by 2050, ADSW promotes collaborative thinking and development to accelerate the sustainable solutions needed to support rapid economic and population growth. An Abu Dhabi government initiative, ADSW is the largest gathering on sustainability in the Middle East and a significant forum in stimulating international dialogue and action. For more information, visit www.abudhabisustainabilityweek.com 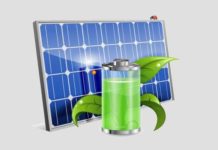