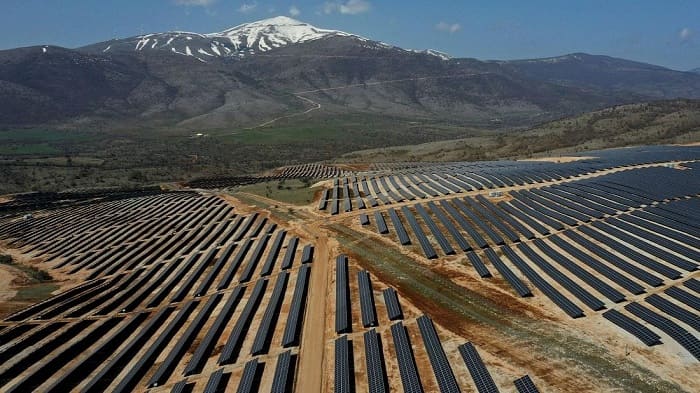 The Greek Prime Minister, Kyriakos Mitsotakis, inaugurated a new solar park this Wednesday. It is the biggest system with two-sided, or bifacial, panels in Europe.

Mitsotakis promised to speed up permits for renewable energy projects as the country seeks to wean itself off polluting and costly imported fossil fuels.

Greece aims to almost double its installed capacity from renewables to about 19 gigawatts by 2030. This could be revised upwardly as part of the European Commission’s fresh drive to accelerate transition to green energy and end reliance on Russian gas by 2027, following Russia’s invasion of Ukraine.

The 204-megawatt solar park in the northern Greek town of Kozani was built by Greece’s biggest oil refiner Hellenic Petroleum.

Hellenic Petroleum is one of the largest oil companies in the Balkans but claims to be undergoing a transformation into clean energy. It has installed the largest solar park in Greece and also hints that it may add battery storage too.