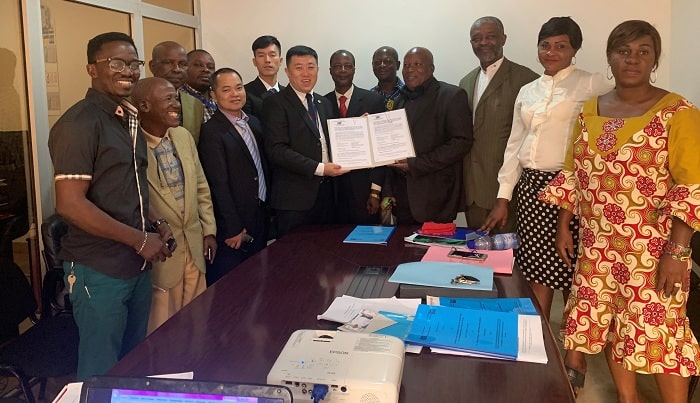 The multinational clean energy company, Hanergy Thin Film Power Group announced that it has secured a strategic order for setting up the 400 Megawatt (MW) solar photo-voltaic power plants in the Democratic Republic of Congo, the country’s first and the largest solar power plant project, so far.

Building synergies to provide sustainable and stable energy supply in the DR Congo, the clean energy giant and the Ministry of Energy and Hydraulic Resources of Democratic Republic of Congo, on May 29 signed a strategic partnership framework agreement for 400MW solar power plants.

Under the agreement, the two parties along with the National Power Company of DR Congo will follow “EPC+F” financing model to make joint efforts through project cooperation and technical exchange to consolidate and increase cooperation in the fields of electricity, water, renewable energy and fuel.

The cooperation is intended to gradually reduce the energy scarcity faced by the mining industry in the provinces of Katanga, Lualaba, Kasaï-Oriental, Kasaï-Central, Kivu and Sankuru, where the two parties will set up SPV plants with a cumulative capacity of 400 MW upon signing of the formal contract. The execution of the co-operation will begin in December this year. 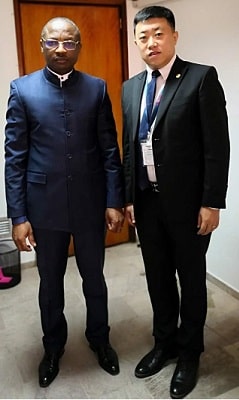 José Maboya Nzalingo, General Secretary of Ministry of Energy and Hydraulic Resources said, “Our strategic partnership with the global clean energy giant, Hanergy is a step ahead towards meeting DRC’s original target of 65% electrification by 2025, letting alone the new Sustainable Development Goals of universal electricity access by 2030. By dint of joining forces with Hanergy to set up the country’s first and the largest solar power station project, we’re confident of providing sustainable and stable energy supply in the Democratic Republic of Congo.”

The initial strategic partnership framework agreement suggests that energy generated in the first stage is estimated to be 20MW, benefiting over 100,000 people. With the total capacity of 400MW, the multiple power stations are expected to solve the problem of energy inadequacy of DR Congo. The project is also aimed at generating around 10,000 jobs and providing education to create 100 technology specialists.

Guo Bin, CEO of Hanergy Uganda Company said, “We recognise the potential of renewable energy in Congolese market and have set out an organized and specific road map to accelerate our expansion plan in the country while supporting the unruly need of sustainable and stable energy supply in the country. The present 400 MW solar power station Project is primarily aimed at meeting the on-peak demand of nearby mining companies and reduce local diesel consumption, while reducing carbon emissions substantially.”

Even though, the DRC is endowed with large mineral resources, its national electrification access rate was just 9% as per 2013 data, instigating major hindrance in the country’s economic development. Despite, having abundant hydraulic and solar resources, the electricity infrastructure in the DRC is very poor with obsolete technologies for energy generation and transmission. The Congolese government is constantly working with global companies in these areas to increase electricity coverage, boost economy and support the development of the mining industry.

Since 2009, Hanergy is painstakingly working to integrate worldwide solar technologies, and making robust investment for the research and innovation in field of thin-film solar power. The company’s solar cells set the world record for conversion efficiency several times, with the newest one being 29.1%. It launched and upgraded a handful of consumer products at CES Asia 2019, including Humbrella, the solar-powered parasol; HanPack, the solar backpack; HanPower, a portable solar power-bank product, retaining its leading position in the mobile energy sector.