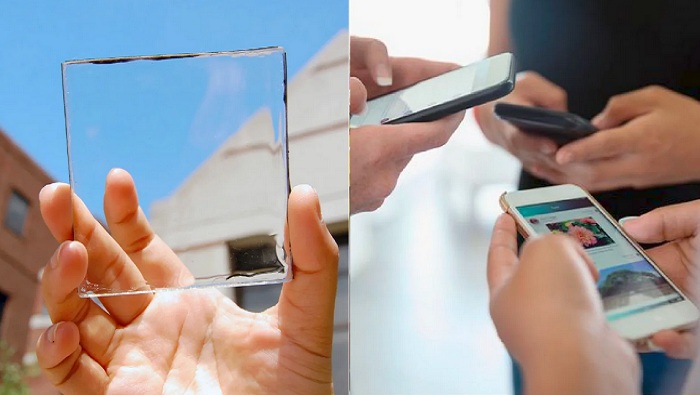 Solar photovoltaics are the fastest-growing electricity source in the world, producing 2% of the world’s energy, up from a mere afterthought just a few years ago. Nowadays, most commercial solar panels have an efficiency between 15 and 20%, although outliers do exist on both sides of this range.

But in most cases, you can’t really use solar panels for electronics because of a very simple reason: they’re not transparent.

The team claims to have devised the first fully transparent solar cell (as opposed to previous efforts, which were not entirely transparent), and can therefore be implemented in electronics with relative ease. The cell’s combination of transparency and conversion of sunlight into energy is achieved through the use of nickel oxide semiconductors and titanium dioxide.

TItanium dioxide (TiO2) is already used in solar panel technology as a semiconductor. It’s not only abundant in the Earth’s crust (unlike other materials used in solar cells), but also non-toxic. Nickel oxide (NiO), on the other hand, is also a semiconductor, but it has high optical transparency features. Both of these materials are manufactured at low temperatures, in existing industrial settings. Together, they make for a transparent and eco-friendly solar panel.

However, this transparency comes at the cost of efficiency. The power conversion efficiency of the transparent solar panel is 2.1% — much lower than conventional black panels but still significant enough to be used in some applications.

The applications are countless. This technology could be integrated into buildings, windows, buses, even smartphones. This would make solar power more accessible, especially in a crowded urban environment where space is scarce. It may be a while before we charge our phones from their very screens, but it’s an idea that’s definitely looming on the horizon.