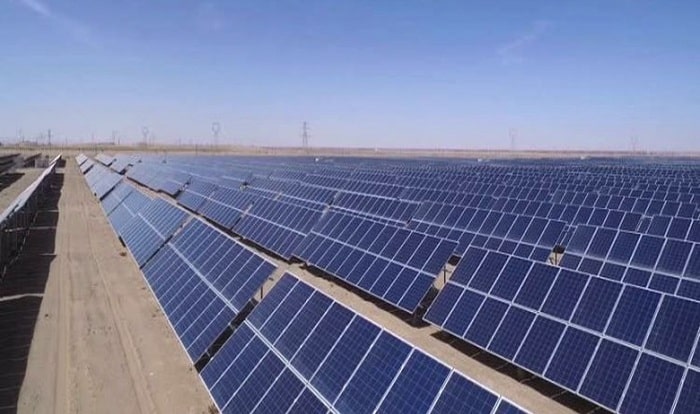 Voltalia , an international player in renewable energies, announces that its Egyptian solar plant Ra Solar (32 MW), the first power plant developed, built and managed by the Group on the African continent, is completed and has started producing power. Votalia’s Ra Solar power plant is now in operation and has started to produce its first MWh.

Equipped with 93,150 Suntech photovoltaic panels, the plant benefits from the region’s high solar irradiation, with a load factor expected above 25%. Voltalia benefits from a 25-year power sales contract with the Egyptian Electricity Transmission Company (EETC). Located in the Aswan region (Upper Egypt), the power plant is part of Benban, one of the largest clusters of solar plants worldwide with a total capacity expected to reach 1.8 GW.

The cluster will enable to avoid 2 million tons of green houseg as emissions per year while improving access to competitive energy in Egypt. Benban is therefore instrumental in achieving the 2 GW target of solar installed capacity set by Egypt within the scopeof the Paris Agreement in 2015. Fully developed by Voltalia’s teams, who supervised construction and will also ensure its operations &maintenance, Ra Solaris the Group’s first plant producing electricity on the African continent. In Africa, Voltalia has a large pipeline of project in development,reaching 1,2GWat end June 2019. The Group is currently building a 50MW power plant in Kenya for its own account and 63,6MWfor third-party clients in Kenya and Burundi.

“As our first power plant on the continent, Ra Solar’s construction completion marks a new step forward for Voltalia in Africa. With contracts currently secured in 5countries, Voltalia is making quick in roadsin to the continent. True to our strategy to target countries where renewable energyis competitive, Africa is one our tree key regions for reaching our 2023 ambitions”, declares Sebastien Clerc, CEO of Voltalia.