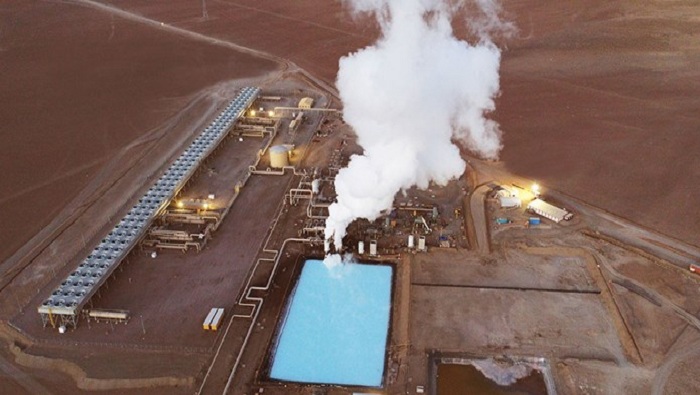 The Cerro Pabellón geothermal power plant is located in Atacama Desert in the Antofagasta Region. Its nominal power generating capacity is 48MW and now by adding 33MW, its overall capacity will increase to 81MW.

Being built at an estimated cost of $100m (£81m), construction of the third unit could be completed in the second half of next year.

Upon completion, the expanded geothermal plant could generate about 600GWh of clean energy annually, while avoiding 468,000 tonnes of CO2 emissions from entering into the atmosphere.

Geotérmica del Norte general manager Guido Cappetti said: “We are leveraging on our expertise in geothermal energy, as well as on the technical characteristics of Cerro Pabellón’s existing units and its transmission line, to extend the plant’s capacity and further harness the potential of Chile’s geothermal sources.

“The construction of this new unit confirms our role as a pioneer in geothermal energy and our commitment to continue investing in its development, given the important role it can play in diversifying and increasing the sustainability of Chile’s generation mix.”

Enel stated that it will use high-enthalpy binary cycle technology, similar to the already operating units at the Cerro Pabellón plant.

During the construction phase, up to 700 people could be employed, while local businesses could be hired for various services including transportation, food supply and laundry, contributing to the local economy.

The geothermal plant is located on a high plateau in the Atacama Desert and is claimed to be the only plant in South America and the highest of its kind in the world, located at 4,500m above sea level.

Earlier this month, the company began construction on the 382MW Campos del Sol solar plant in the country. Being built at a cost of $320m, the solar plant will generate 1.16GWh of clean energy, once it is completed next year. The solar plant is located 60km northeast of Copiapó, Atacama Region.