A report from groups including the United Nations environmental arm and Bloomberg New Energy Finance (BNEF) shows renewable energy installations were responsible for 61% of the world’s net power capacity additions in 2017, more than double the new-builds from fossil fuel-powered generation.

In total, a record 157 GW of renewable power generation were commissioned last year, up from 143 GW in 2016. By comparison, a net of about 73 GW of fossil fuel generation came online in 2017—121 GW of new coal and gas-fired power capacity, less 48 GW of gas and coal that were retired. Nuclear generation increased by a net 11 GW.

The report, released April 5, said lower costs for solar and wind continue to spur deployment. The groups said the benchmark levelized cost of electricity for a utility-scale solar photovoltaic project fell to $86/MWh, down 15% from 2016, and a 72% drop since 2009. The report said the decrease can be attributed to lower capital costs and efficiency improvements.

The groups said 2017 marked the eighth straight year with more than $200 billion in worldwide investment in renewable energy technologies, although the nearly $280 billion spent on renewable energy projects (excluding large hydropower) lagged the record $323.4 billion invested in 2015. It did, however, top 2016 investment of a revised $274 billion, up from the $241.6 billion reported when the 2017 report was released a year ago.

“The world added more solar capacity than coal, gas, and nuclear plants combined,” Nils Stieglitz, president of the Frankfurt School of Finance & Management, said in the report. “This shows where we are heading, although the fact that renewables altogether are still far from providing the majority of electricity means that we still have a long way to go.”

A December report from the North American Electric Reliability Corp. (NERC) said U.S. power generation from renewable sources, along with natural gas, would produce enough electricity to offset retirements of U.S. coal and nuclear units over the next 10 years. The report was part of NERC’s 2017 Long-Term Reliability Assessment for the U.S. power grid.

China remains the world’s largest investor in renewables, with $126.6 billion invested in 2017, a 31% increase over the prior year. The report said U.S. investment in renewables totaled $40.5 billion, a 6% drop from 2016. Europe sustained a 36% drop, to $40.9 billion, a figure that included a 65% drop ($7.6 billion) in UK investment. The UK decline primarily reflected an end to government subsidies for utility-scale solar and onshore wind projects, along with a gap between auctions for offshore wind projects.

“In countries that saw lower investment, it generally reflected a mixture of changes in policy support, the timing of large project financings, such as in offshore wind, and lower capital costs per megawatt,” Angus McCrone, BNEF’s chief editor, said in the report. 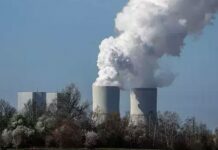 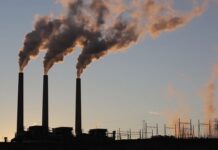 Oil Consumption Rises As Refiners Ramp Up Output In China

Is Energy Strategy In Europe On The Right Track Or Not?