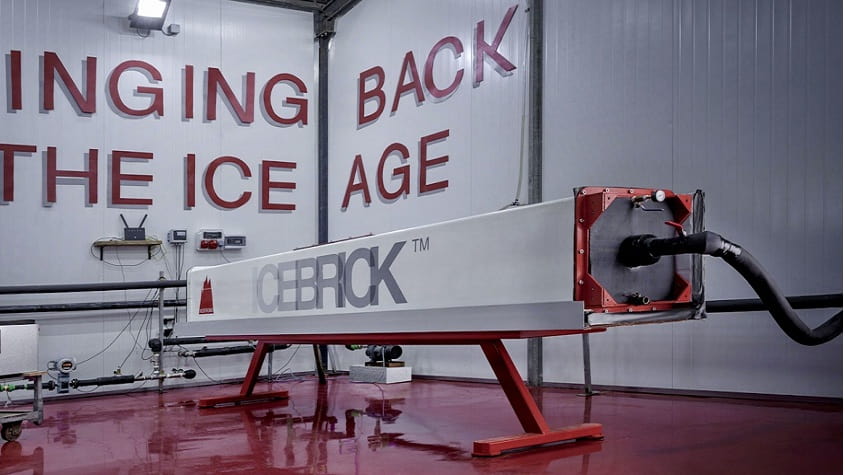 Nostromo, the pioneer in encapsulated ice energy storage solutions, has announced it’s IceBrick™ TES (Thermal Energy Storage) cell. The IceBrick™ is designed to be the core element of the most cost-effective, behind the meter, storage system available and consists of plain water and a proprietary nucleate.

Each cell will be able to store and discharge an amount of energy which is equivalent to 25 kWh of electricity consumed by cooling systems at peak demand hours. Weighing only 1,000kg (2,200lbs) and measuring 50x50x400cm (20″x20″x157″) the IceBrick™ is the first ever modular cell that can be installed on rooftops and along exterior walls, taking up minimal amounts of space. IceBrick’s™ revolutionary design ensures the system has ZERO recycling issues, and with an expected cost of $250 per kWh, it reduces the cost per kWh by 80% when compared to the leading ice storage systems.

“While the world is enamored with pricey and unsafe Lithium-ion systems to store and release over-capacity electricity from the grid, we, at Nostromo, have developed a system that will cost half as much as Li-ion systems and won’t be using any rare or poisonous materials,” says Yaron Ben-Nun, Founder, and CEO of Nostromo. “The only known and environmentally sustainable way to shift the grid’s peak demand from high noon to the dead of the night, is to store energy when there is a surplus in power production capabilities and discharge it when the demand is rising and resources are scarce. With our IceBrick™ we have redesigned ice storage and are enabling, for the first time, the use of water as a viable energy capacitor for commercial users.”

IceBrick™ will be presented by Yaron Ben-Nun during the Cleantech Forum taking place in San Francisco during January 22nd- 24th at the Parc 55 Hilton convention center.