Paragon Diamonds has completed a scoping study and submitted the mining licence application for its exploration and development activities in Lesotho.

The company has also submitted the Project Brief and Environmental Terms of Reference as part of its advancement towards an ongoing Environmental Impact Assessment.

Scoping study is based on an open pit mining operation, estimated to produce 27 million tons of kimberlite at a maximum depth of 280m.

The company has commenced stripping over the central portion of the Lemphane kimberlite as part of plans to undertake trial mining to generate 100,000t of material in the second half of 2013.

Paragon chairman Martin Doyle said, “I am pleased to report the successful completion of another key milestone for the project, being the submission of the mining licence application which will enable us to progress towards trial mining.” 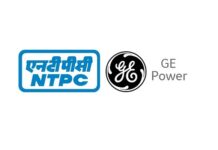