RusHydro owns a 51% stake in the JV, while CTG has the remaining 49%. The two firms intend to finance, build and operate up to 2,000MW hydroelectric plants in Russia’s Amur Oblast and Khabarovskiy Kray through four projects.

Besides offering protection to the Amur region from periodic flooding, the hydro projects are also likely to generate electricity for industrial use in the country and also for export to China.

The four plants which will be constructed by the JV are Nizhne-Zeyskaya (400MW), Selemdzhinskaya (300MW), Giluyskaya (462MW) and Nizhne-Nimanskaya (600MW).

“The agreement signifies a breakthrough in cooperation between our countries in the power sector and in attracting Chinese investment into the Russian electricity sector.”

Combined cost for the projects has been estimated at RUB230bn ($5bn). The JV intends to raise 70% of the project financing funds from Chinese and Russian institutions supported by long term PPAs.

According to the agreement, CTG will negotiate the power off-take contracts with its Chinese counterparts.

RusHydro will appoint international financial advisor for evaluating detailed feasibility studies of each project before the JV’s management and Board of Directors decide on the final course of action.

RusHydro CEO Evgeny Dod said: “The agreement signifies a breakthrough in cooperation between our countries in the power sector and in attracting Chinese investment into the Russian electricity sector.

“We have signed not just a protocol of intent, but comprehensive practical documents, describing specific measures aimed at development of large-scale energy projects in the Russian Far East.

“Our Chinese partners will be actively involved in all stages of the projects’ development – engineering, procurement and construction. In addition to protecting vast territories, both on Russian and Chinese banks of the Amur River from catastrophic floods and contributing to development of modern power infrastructure the region, the projects will provide additional stimuli for economic growth and job creation”.

CTG chairman Lu Chun said: “By signing this agreement, I hope that China and Russia can achieve a stronger cooperation in the clean energy development and a closer Sino-Russian strategic partnership, bringing benefits to the people in Russian Far East and along Helongjiang River in China.” 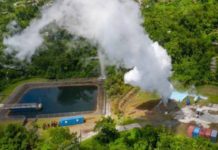 New Zealand and Caribbean to collaborate on geothermal 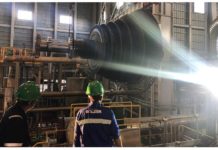 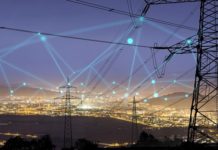 Egypt to transform its national electricity grid into a smart grid