Introduction
The drastic speed increase associated with LTE – 20 times faster than UMTS – will forever change the way in which mobile services are used. Not only this will spur development of rich new broadband services, but the increased capacity will trigger the deployment of new handset features, including higher screen resolution and better battery technologies.

Ubiquitous services, such as SMS and MMS, will accelerate their inclusion of real-time photos and video. LTE will bring the mobile browsing experience to an all new level, similar to wired network experiences, allowing greater interaction with social networking, sites such as Facebook and MySpace.

Service providers will require their network to support a variety of applications not traditionally seen on mobile phones, including web surfing, streaming video, peer-to-peer networking, and machine-to-machine communications that will consume large amounts of bandwidth for longer durations. 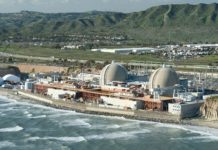