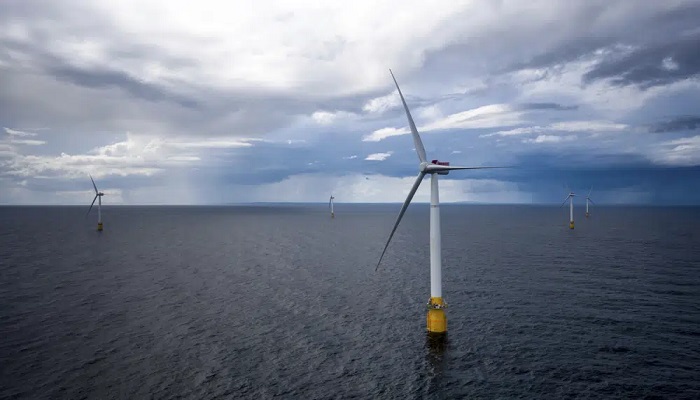 Developers contributed a combined $757 million during a two-day auction to decide who would build the first-ever offshore wind farms off the coast of California.

On December 6 and 7, the Bureau of Ocean Energy Management held an auction for the five areas’ development rights: two in Northern California’s Humboldt Wind Energy Area and three in Southern California’s Morro Bay.

The two biggest bids in the auction were placed on the two Northern California locations that were up for grabs. Through its company, California North Floating LLC, Copenhagen Infrastructure Partners won the right to develop 69,031 acres for a record-breaking $173.8 million. RWE placed the second-highest winning bid for 63,338 acres at $157.7 million.

For $130 million, $145.3 million, and $150.3 million, respectively, Equinor, Invenergy, and a consortium between ENGIE and EDP were awarded the rights to develop specific sites in Morro Bay.

According to BOEM, the total development area included in the auction is 373,268 acres and has the capacity to generate 1.5 million homes’ worth of electricity and well over 4.6 GW of offshore wind energy.

Interior Secretary Deb Haaland stated that the lease sale is further confirmation that industry momentum, especially for floating offshore wind generation, is clear. They can build a sustainable, clean energy future, and the Interior Department is making every effort to ensure that all American communities benefit.

For bidders who agreed to donate money to programmes or projects that assist workforce development plans for the floating offshore wind sector, the creation of a local supply chain for the floating offshore wind energy business, or both, the lease sale contained a 20% credit. Over $117 million will be invested in these activities or initiatives as a result of the credit. Additionally, bidders who agreed to enter into community benefit agreements received a 5% credit during the auction.

Stern said in a statement that, looking forward, they need to concentrate on the critical upcoming steps to bring California offshore wind online, which would include holdings in transmission and port facilities, a straightforward roadmap on permitting, sourcing, a strong supply chain, workforce management, and more call areas to reach the state’s 25 GW goal.

According to a report by the National Renewable Energy Laboratory, California’s 200 GW of offshore wind development potential must be unlocked in order to take advantage of the deep oceans along the U.S. Pacific Coast. As per the projected goals by the state’s energy planning agency, California may realistically and responsibly deploy up to 3 GW of offshore wind through 2030, 10–15 GW by 2045, and 20 GW by 2050.

The California State Assembly tasked the California Energy Commission (CEC) with determining planning objectives for 2030 and 2045 and assessing the maximum potential for offshore wind growth.

The final strategy plan for offshore wind must be finished by the CEC by June 23, 2023, after the draught goals were published on May 6. By December 31, 2022, further studies that provide planners with information on the financial advantages of workforce development initiatives and investments in ports will be required.

The California Public Utilities Commission incorporated offshore wind for the first time in its most recent integrated resource plan, albeit with a low target of 1.7 GW by 2032. According to the CPUC, it will assess the findings of a CAISO study on the prices and transmission requirements for interconnecting roughly 8 GW of offshore wind energy that will be included in the upcoming IRP cycle. The strategy plan of the CEC intends to provide grid operators, policymakers, and developers with information on the procedures required to meet the development goals.

The two federal lease auctions held recently by BOEM are taken into consideration in the CEC’s draught goals. A proposed offshore wind farm might be built over 132,369 acres of ocean in the Humboldt WEA, adding up to 1.6 GW of sustainable electricity to California’s grid. The 240,898 acres that make up the Morro Bay WEA are located around 20 miles from the California county of San Luis Obispo. When entirely completed, the region is anticipated to supply the grid with 3 GW of clean energy.

In order to use floating offshore wind technology, the Morro Bay and Humboldt WEAs’ respective depths of 900–1,300 metres and 500–1,100 metres are required. The race is on to create the infrastructure required to support the industry’s continued success now that the auctions are over. For the first two development areas off the coast of California, there are still problems with the electric grid and getting to ports.

Based on a report on the U.S. floating offshore wind industry by the Global Wind Energy Council, the Humboldt Bay region can handle around 150 MW of new capacity without significant infrastructure modifications. Due to the Diablo Canyon nuclear plant’s upcoming decommissioning, Morro Bay is less confined.

California benefits from having a single grid operator in the form of CAISO when it comes to transmission planning. As per the regional supervisor for BOEM’s Office of Strategic Resources, Necy Sumait, CAISO has taken the initiative to plan its transmission network to accommodate offshore wind with the agency’s help.

In its first-ever 20-year transmission projection, which was published in February, CAISO took into account transmission assistance for 10 GW of offshore wind. The North Coast, where there is more wind, presents a few transmission challenges, but California has already begun the planning stage, according to Sumait.

According to a recent analysis by the National Renewable Energy Laboratory, there are presently no ports along the West Coast that can handle floating offshore wind activities.

Although established in California, Principle Power had to travel to Europe to show that its floating offshore wind platform tech was viable and bankable. However, the company’s vice president of engineering, Antoine Peiffer, claimed that encouraging developments in port planning have been made recently. A $10.5 million grant for improvements at the Port of Humboldt Bay to facilitate floating offshore wind activities was authorised by the California Energy Commission in March. The award will pay for early construction, site surveys, special studies, environmental impact assessments, early engineering and design work, and the start of environmental mitigation strategies. 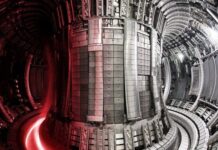 A Significant Advancement In Fusion Energy On The Cards 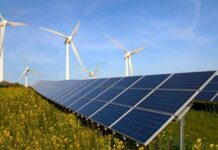 Only 14% of Asian Bank Financing Is For Renewable Energy 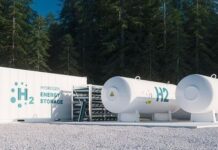 A Significant Advancement In Fusion Energy On The Cards

Only 14% of Asian Bank Financing Is For Renewable Energy