E.ON plans to significantly increase the pace of its businesses’ growth and digitalization. With the growth strategy until 2026 presented today at a virtual Capital Markets Day, E.ON promises continual increases in operating earnings as well as the dividend, which is to be larger than previously planned. For the first time, the Group also extended its forecast timeframe from three to five years.

E.ON intends to increase EBITDA in its core business (that is excluding PreussenElektra’s soon-to-be-discontinued nuclear energy operations) by about 4 percent annually to around €7.8 billion in 2026. To lay the foundation for this ambitious growth, E.ON will invest a total of roughly €27 billion through 2026, of which around €22 billion will go toward expanding its energy networks and €5 billion toward accelerating the growth of its customer solutions business. In addition, E.ON intends to increase its dividend by up to 5 percent annually through the 2026 financial year and its earnings per share by 8 to 10 percent annually. For the 2021 financial year, E.ON plans to propose a dividend of 49 cents per share.

E.ON intends to carry out the entire growth program while maintaining its strong rating and an unchanged debt factor. For this purpose, E.ON will further optimize its portfolio, through which it expects to generate proceeds of roughly €2 to €4 billion in the next five years. Portfolio optimization will consist of the divestment of businesses that do not fit with the tripartite strategy of growth, sustainability, and digitalization that E.ON presented today, as well as selective partnerships.

Major investments in power distribution networks, the backbone of the green energy transition

E.ON intends to substantially increase its investments in energy networks by roughly €1 billion annually through 2026. This will enlarge the company’s regulated asset base (RAB) by at least 6 percent per year. E.ON’s network companies in Europe operate networks with an aggregate RAB of around €35 billion and are home to about 1 million distributed renewable generating facilities.

E.ON perceives robust growth in the demand for decarbonization among residential, business, and industrial customers as well as cities and communities.

The Group’s entire investment program is fully focused on sustainability.85 to 90 percent of E.ON’s planned investment activities that fall within the scope of the taxonomy fulfil its strict sustainability criteria. In addition, E.ON reaffirmed its target of a strong BBB/Baa rating and a debt factor of 4.8 to 5.2 times EBITDA. The company confirmed its dividend policy for the next five years. For the 2021 financial year, E.ON plans to propose a dividend of 49 cents per share. This corresponds to a growth of 4% compared to the previous year. E.ON is also aiming for annual dividend growth of up to five percent through 2026 and additional growth further out. Earnings per share are to increase by 8 to 10 percent per year on average. 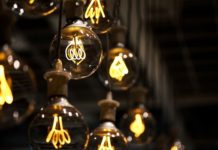 Elecnor builds the largest wind power project in Spain for 64.3...