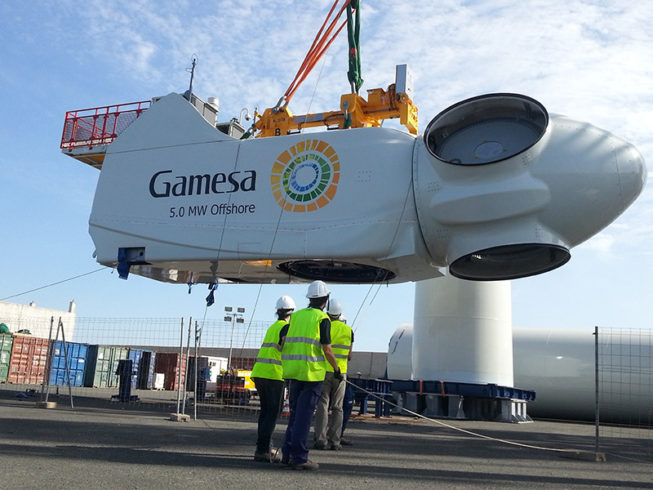 The company has been contracted to install a total of 230 of its G97-2.0 MW class S and G114-2.0 MW class S turbines, custom-designed for the low wind speed sites typical of India

Gamesa continues to make solid inroads into the Indian market, reinforcing its leadership position with seven new orders1 for the supply of 460 MW in total to several customers.

The company will handle the turnkey construction of the most of the developments, as well as the supply, installation, commissioning and management of the operations and maintenance services of the facilities.

In all, Gamesa will supply 170 of its G114-2.0 class S turbines (340 MW) and 60 of its G97-2.0 MW class S (120 MW) turbines, both of which were specifically configured for the Indian market with the aim of maximising turbine performance at low wind speed sites. These projects are slated for commissioning during the first quarter of 2017.

Leadership position in India
These seven new projects reinforce Gamesa’s positioning in India, where the company ranked as the number-one OEM in 2015 for the third year in a row. According to the most recent ranking compiled by specialist consultancy MAKE, Gamesa increased its share of the Indian market from 25% in 2014 to 34% in 2015, further widening the gap with respect to the number two player. As for the market’s potential, MAKE is forecasting 30 GW of new wind power capacity additions in this market by 2025, driven the country’s growing energy requirement.