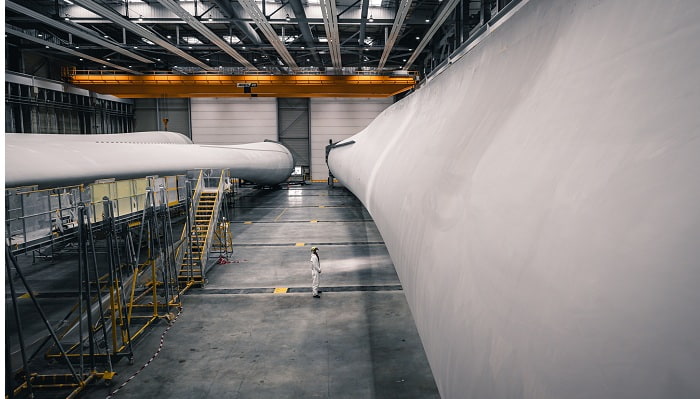 GE Renewable Energy is partnering with the governments of Canada and Québec for the expansion of its wind turbine blade facility in Gaspé, Canada. At an event attended by Prime Minister of Canada, Justin Trudeau, and Québec Minister of Energy and Natural Resources, Jonatan Julien, the parties announced their plans to jointly invest in the expansion of the facility owned by LM Wind Power, a GE Renewable Energy business.

The investments will enable the company to expand its existing facility to meet the growing demand for renewable energy across North America. The expansion will result in the creation of 200 skilled jobs, providing clear evidence of how support for renewable energy can yield long-term economic growth.

The plant, which started operations in 2005 and was previously expanded in 2017, has manufactured over 10,000 blades, equivalent to approximately 6,000 MW.

Heather Chalmers, President & CEO, GE Canada, said, “GE believes climate change is an urgent global priority. We are pleased to be working with committed partners, like Canada, to provide the myriad technology solutions that will be required for the world to meet its net zero commitments. The plant expansion aligns perfectly with Canadian and Québec government policy and economic ambitions and we are pleased to partner with them on an initiative that underscores the ability to work together to address the urgent global crisis of climate change.”

Olivier Fontan, President and CEO of LM Wind Power, said, “We are committed to helping our customers lead the energy transition by supplying them with state of the art wind turbine blades that enable them to produce clean, renewable energy as sustainably and efficiently as possible. Our existing employees are proud to support this important work and our new colleagues will receive the training and support they need to contribute to this effort in a state-of-the-art manufacturing facility.”

About LM Wind Power
LM Wind Power, a GE Renewable Energy Business, is a world leading designer and manufacturer of rotor blades for wind turbines, with a global manufacturing footprint that includes blade factories in Brazil, Canada, China, India, Poland, Spain, France, Turkey and the United States. The company has produced more than 241,000 blades since 1978, corresponding to more than 121 GW installed capacity and global savings of 251 million metric tons of CO2 annually. In 2018, LM Wind Power became the first carbon neutral business in the wind industry.

About GE Canada
GE rises to the challenge of building a world that works. For more than 125 years, GE has invented the future of industry, and today the company’s dedicated team, leading technology, and global reach and capabilities help the world work more efficiently, reliably, and safely. GE has delivered cutting-edge technology solutions to Canadians since 1892, when Thomas Edison founded a manufacturing facility in Peterborough, ON. Today, GE employs nearly 3,000 people in Canada within R&D, design, engineering, manufacturing, sales, and service functions across the power, transportation, and healthcare industries. GE Canada employees from coast to coast to coast are working to drive forward the energy transition, enable precision healthcare, and develop the future of flight.