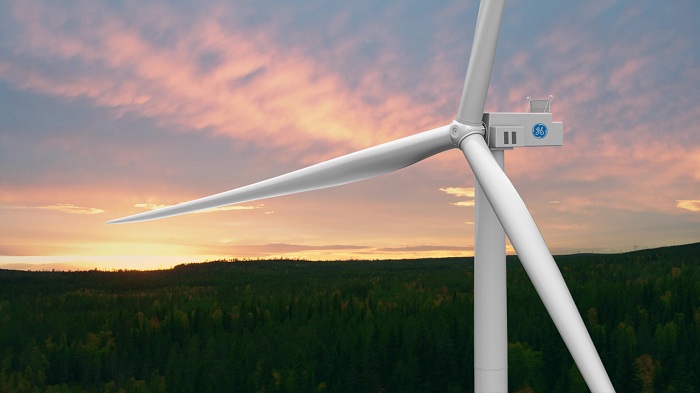 GE Renewable Energy announced today that it has been selected by Azora to supply 19 Cypress onshore wind turbines for the 100 MW Cuevas de Velasco wind farm located in the Cuenca province in Spain. Azora will operate the Cypress turbines at 5.5 MW, with a rotor diameter of 158m, the most powerful ever permitted in Spain.

This marks the first order in Spain for GE’s Cypress platform, the company’s largest onshore wind turbine in the field. GE’s scope of work will also include a 30-year services agreement.

The Cypress’ revolutionary two-piece blade will be produced by GE’s wind turbine blade subsidiary, LM Wind Power. The entity operates a site in Castellón, Spain which was expanded in 2018 and now employs about 650 people. The towers for the wind turbines will be produced in Spain, with the nacelles being produced at GE’s European factory in Salzbergen, Germany.

Santiago Olivares, Managing Partner in charge of Infrastructure and Energy Investments at Azora said: “We are very excited about the opportunity of working together with GE in this fantastic project, which will be the first to implement this revolutionary new turbine in Spain. The Cuevas de Velasco Wind farm will produce more than 300.000 MWh per annum, contributing to Spain´s objective of generating cleaner, cheaper and more efficient energy.”

Peter Wells, President & CEO, Onshore Wind, Europe & Sub Saharan Africa, said: “Azora is a major investor in wind energy in Spain and we are thrilled to be working together and help our customer reach its renewable energy goals. GE is very proud to bring additional clean, affordable, renewable energy and to contribute to the development of the wind industry in Spain. Our goal is to help our customers drive energy costs down every day, and our Cypress platform is ideally suited to make the best use of the country’s wind speed and landscape.”

Spain has set an objective in its National Energy and Climate Plan (PNIEC) to reach 50 GW of installed wind power by 2030, resulting in the installation of 2,300 MW annually during the decade. According to the Spanish wind power association, Asociación Empresarial Eólica (AEE), wind power could meet 34% of the national electricity supply by 2030, up from just under 21% in 2019.