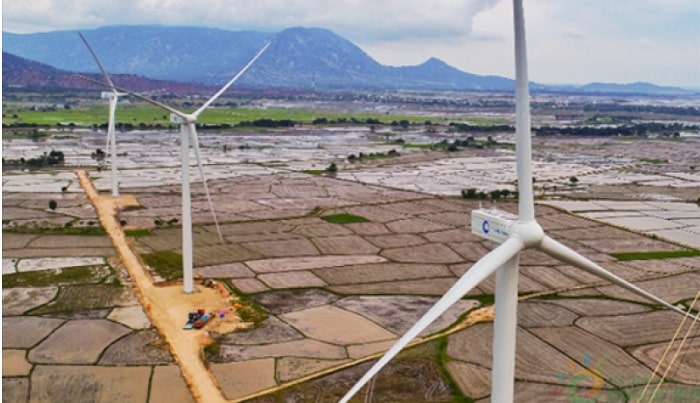 GE Renewable Energy has announced that it has been selected by European Energy as the supplier for three additional wind farms in Lithuania, two in Telsiai and one in Rokiskis, in the northern part of the country. The 187 MW project, which will use 34 GE Cypress onshore wind turbine units, strengthens the partnership between the two companies which will now operate a total of 56 Cypress units in the country after an earlier order for 22 turbines at three wind farms announced in November 2020. The six wind farms will have a total capacity of 308 MW, adding 57% of green power capacity to the country’s current wind power production. The deal also includes a 25-year full-service contract.

European Energy will operate the Cypress turbines at 5.5 MW, with a rotor diameter of 158 m and blades provided by LM Wind Power, a GE Renewable Energy business. All turbines will be erected on a 151 m tower. The installation of the wind turbines on the first three projects announced in November 2020 will take place in 2H2021 while the next three will be installed in 2022. Earlier in 2021, European Energy started the construction of its first wind farm in Lithuania at Anyksciai with a capacity of 49.5 MW.

Knud Erik Andersen, Chief Executive Officer of European Energy, said: “The expansion of renewable energy in Lithuania is something that we are honoured to be a part of. Renewable energy provides Lithuania with affordable and green energy that can bolster Lithuania’s energy security, and we are happy to partner with GE on several of our windfarms in Lithuania. Lithuania is aiming to have 100% of its electricity come from renewable sources in 2050, and we will do ours to make that ambition come true.”

Sheri Hickok, GE’s Chief Executive Officer of Onshore Wind International, commented: “We’re delighted and excited to partner again with European Energy on three new projects that will bring additional clean, affordable, renewable energy to Lithuania. With European Energy, we have built a very strong relationship in Lithuania and in multiple countries to accelerate the energy transition and drive energy costs down.”

According to the Lithuanian wind power association, Lvea, Lithuania has set the goal to produce 100% of the country’s electricity from renewable sources by 2050. There are currently 23 wind parks operating in Lithuania with a combined capacity of 480 MW. Together with the individual wind turbines, there is a total of 540 MW of wind power installed today. The Cypress turbine enjoys a growing position in the country with three major orders booked within the last three months, including today’s announcement.